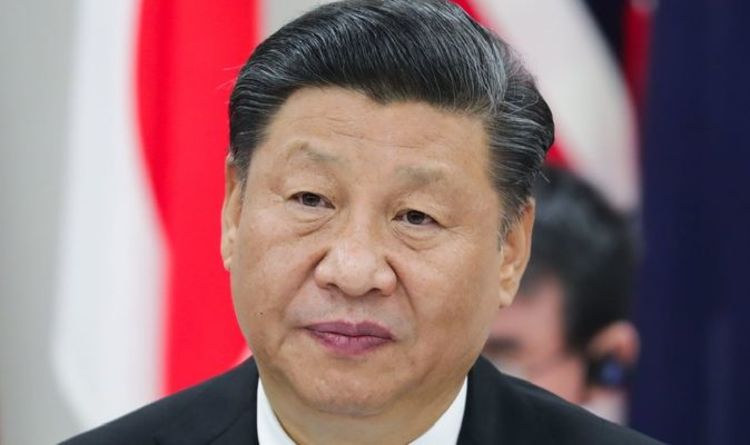 Speaking to Radio 4’s Today programme following President Xi’s speech where the Chinese premier vowed to achieve a “peaceful unification” with Taiwan, China expert Isabel Hilton stressed a full-scale Chinese invasion of Taiwan is being held back by the fear of what the USA would do in retaliation if an attack was launched.

She explained a final decision on whether China would attack the island nation is based upon the unknown strength of the military relationship between Taiwan and the USA.

Ms Hilton added it is also dependent on how heavily the USA would strike back and potentially topple a Chinese invasion or military takeover of Taiwan.

She said: “It rests on a strategic ambiguity which has been maintained ever since the United States switched its democratic recognition from Taiwan to the Peoples’ Republic.”

The Kings College London professor suggested how much of the ambiguity of the relationship is rooted in the US being committed “by treaty” to providing Taiwan with the means for its own defence in the face of China.

Despite this seeming advantage, she referenced how only last week, the Taiwanese defence minister shared concerns over just how much the Chinese military has been “built up and modernised” and its attack capability is an unknown and untested quantity.

She also added how in the face of a growing and strengthening Chinese military force, it is “absolutely not clear” Taiwan could even defend itself.

While in a concerning admission, the China expert noted how “even with the advanced equipment that the United States supplies” what is never said is whether the United States would actually come to Taiwan’s defence militarily.

But she stressed this “ambiguity” that has been maintained over many years results in a dilemma for President Xi in how he can go about delivering on his tough talk of invasion.

“Taiwan independence separatism is the biggest obstacle to achieving the reunification of the motherland.

“And the most serious hidden danger to national rejuvenation.”

Xi repeatedly mentioned the idea of “peaceful” reunification throughout his speech, dampening down speculation of a massive military assault.

The speech comes amid a sharp uptick in tensions between the two embittered nations which began last Friday when China launched a record-breaking number of flights into Taiwan’s self-declared air zone.