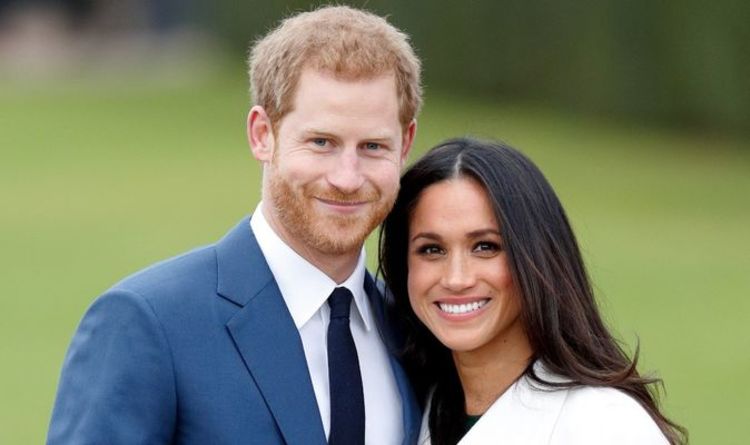 Lilibet Diana Mountbatten-Windsor, named after the Queen and Prince Harry’s late mother, was born in California in June 2021. But with speculation growing as to where the Duke and Duchess of Sussex will opt to hold their daughter’s christening, royal experts have chimed in to identify why they think Lilibet will be baptised on the other side of the pond.

Neil Sean, a royal and entertainment reporter for US network NBC News, has claimed some members of the Royal Family are even concerned that Lilibet’s christening could be used by the Sussexes’ in their upcoming Megxit memoir.

Speaking to his 82,000 subscribers on YouTube, Mr Sean claimed: “What some senior royals are concerned about is the fact that, if Harry and Meghan were to return for a christening, would this then make another chapter in that forthcoming tell-all memoir?”

Mr Sean added: “It would make perfect sense if you think about it, because this would give them a story, good or bad.

JUST IN: Meghan Markle and Harry are ‘stabbing royals in back’, says former butler Paul Burrell

“The other side of the coin is that senior members of the British Royal Family don’t want to be part of that book.”

It has been suggested Prince Harry’s book could go as far as to name the supposed ‘royal racist’ who the Sussexes allege questioned how dark Archie’s skin would be.

“So why on Earth”, the NBC reporter asked, “would the Royal Family want to leave themselves wide open to scrutiny, being featured in a book that they’re unhappy about.

“So perhaps that’s the true reason why Harry and Meghan have decided against returning; there simply would be no story.”

He also claimed Prince William told a “very good” source that “there was simply no appetite for that particular spectacle”.

The NBC reporter added: “Whether Prince William changes his mind and relents, and maybe gets on with his brother a little better, that remains to be seen.

“But given the fact that Prince Harry and Meghan have declined an offer to attend the Diana ceremony next week… it doesn’t seem that there is going to be a hand of friendship offered any time soon.”