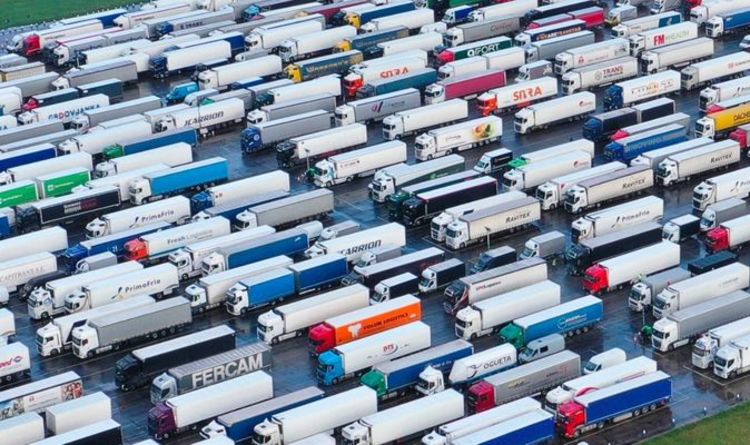 Leaders at the UK’s largest trade union have been accused of threatening to “hold Christmas hostage” after they suggested they could take industrial action unless their drivers’ demands for higher pay and better conditions are met, the Telegraph has revealed. Leaders at Unite, which represents over 50,000 HGV drivers, have warned they could call a ballot which could allow thousands of supermarket and delivery drivers to go on the largest lorry strike since the Winter of Discontent.

Unite is reportedly demanding for new starter HGV drivers to be paid £50,000 a year, for an end to temporary rules allowing drivers to work 10-hour-days and for the Government to provide more truck stops, which include clean toilets and catering facilities.

The news comes following a series of Unite-led pay rise victories, including against Sainsbury’s and Heinz.

According to the Telegraph, Adrian Jones, Unite’s national officer for road transport, said: “Drivers have had enough.

“Our members need proper facilities, fair pay and respect. HGV drivers are the blood in the body of our economy.

“We will not hesitate to cut that supply off if the Government and the employers refuse to do what is necessary.

“We have made this point to ministers and officials repeatedly – but they have not made any firm commitments, even though they know what needs to be done.”

“We are now looking at coordinated strikes before January if we do not get those commitments from the Government and employers,” he said.

The Telegraph reports a Government spokesman responded by saying: “It would be reckless for unions to hold Christmas hostage and damage the work being done to restore supply chains at this vital time of year.

“We have already taken immediate action to increase the supply of HGV drivers, streamline the testing process and improve working conditions.

“We are pleased employers are working towards long-term solutions through improved testing and hiring, with better pay and working conditions, and will continue to support them to do so.”

Despite concerns over supply chain issues, the Chancellor of the Exchequer Rishi Sunak has said there will still be a “good amount of Christmas presents available”.

Speaking to the BBC while in New York for a meeting with the G7, Mr Sunak added: “We’re doing absolutely everything we can to mitigate some of these challenges.

“They are global in nature so we can’t fix every single problem, but I feel confident there will be good provision of goods for everybody.

“I’m confident there will be a good amount of Christmas presents available for everyone to buy.”