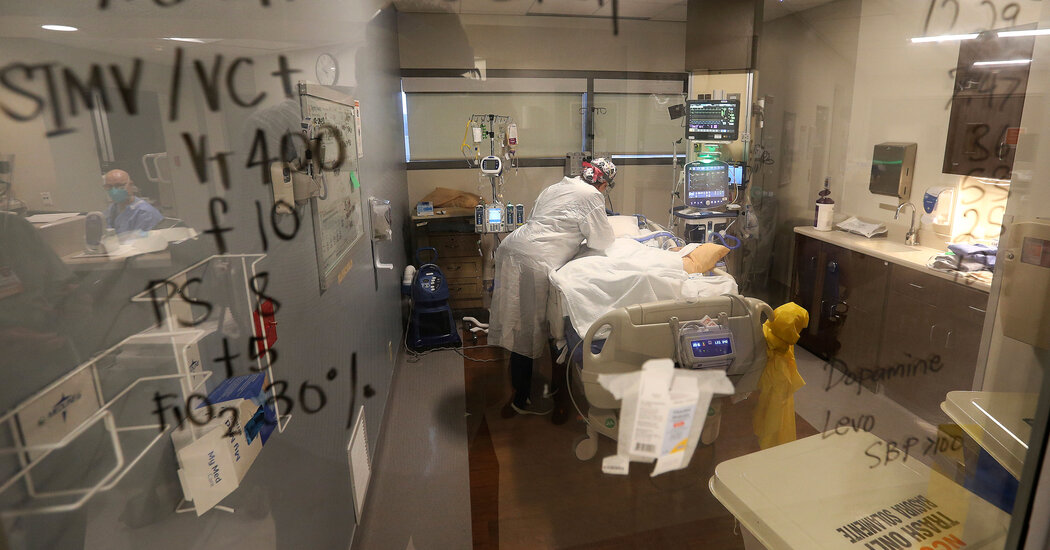 If you’ve been following the news on the coronavirus in California this week, you may have noticed a stark contrast in how the pandemic is playing out across the state.

Sure, this disparity reflects the vastness of our state, but there’s another takeaway here: a widening gulf in how different parts of California are handling the pandemic.

For the first year that we lived with the coronavirus, many decisions about whom we interacted with and what precautions we took were handed down from the state. (Remember stay-at-home orders?)

But as control has increasingly shifted to the local level, there’s far less uniformity in the restrictions we face and in our behaviors — and therefore in our experiences of the pandemic.

Take vaccinations. Seventy percent of Californians eligible for the vaccines have received both doses, and there are statewide requirements for teachers, health care workers and state employees.

Yet there is huge variation across counties. In Marin County, 87 percent of Californians ages 12 and over have had both their shots. In Lassen County, 35 percent have.

To put this in context, the nation’s least vaccinated state is West Virginia, where 47 percent of residents who are 12 and over have had both their shots. Lassen and a handful of other California counties have lower vaccination rates.

Much like the states with low coverage levels, the parts of California with low vaccination rates are also those that have experienced the worst of this summer’s Delta surge.

There’s also evidence that people who aren’t vaccinated are less likely to take other precautions, such as wearing masks and staying away from crowded indoor spaces.

As Kevin Malotte, professor emeritus of epidemiology at Cal State Long Beach, explained to me, “They have low vaccination rates because they don’t believe it’s that serious, so they’re not doing other mitigation measures either.”

But the trend doesn’t stop there. In recent months, highly vaccinated counties in California have also been quicker to insist on masks, testing in schools and vaccines for students and government employees.

On Wednesday, the city of Los Angeles voted to require proof of vaccination to enter indoor restaurants, gyms, museums, movie theaters and salons starting next month. The measure is one of the strictest in the nation.

With these rules, it joins San Francisco, Berkeley and Contra Costa County — places that also already have high levels of vaccination.

October is one of the best month’s on the Central Coast, with the least fog and generally lower winds.

Cambria is almost exactly halfway between San Francisco and Los Angeles (making it a great place for families to meet up). It’s also the host of the annual Scarecrow Festival, with both lighthearted and scary designs to please all.

And there are always sea bluff trails and plenty of less-traveled walks through the forest, like the one-mile route up Bridge Street past Linn’s Restaurant up to the Cambria Cemetery. This literal and figurative “dead end” is just right for October.

Watch these nine movies and shows before they leave Netflix in October.