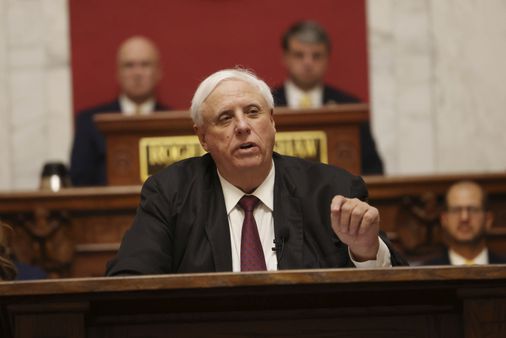 It marked the second time the Republican governor tested positive for COVID-19, following a positive result in January 2022 that forced him to postpone his annual State of the State address.

The 71-year-old Justice, who is fully vaccinated and boosted against the virus, had a sudden onset of mild symptoms. He was isolating at home and was under the care of several physicians, the governor’s office said in a statement.

Anyone who has been in close contact with Justice over the past few days is being notified, the statement said.

State lawmakers honored Huggins with citations on the floor of the Senate and House of Delegates. Huggins and Baker met with Justice separately in the governor’s reception room.

Huggins was enshrined into the Basketball Hall of Fame last year.

West Virginia plays No. 14 TCU in Morgantown on Wednesday night.

Following the meeting with Justice, Huggins was being monitored for any symptoms. WVU athletics spokesman Bryan Messerly said in an email that testing would be conducted according to the school’s protocols for his level of exposure, noting Huggins was fully vaccinated and boosted.

Justice was in communication with his chief of staff and office staff to ensure state government continues to operate smoothly, the statement said.

After Justice contracted COVID-19 a year ago, he resumed his briefing s on the virus a week later. Justice had developed a headache and high fever and received a monoclonal antibody treatment, as recommended by his physician.