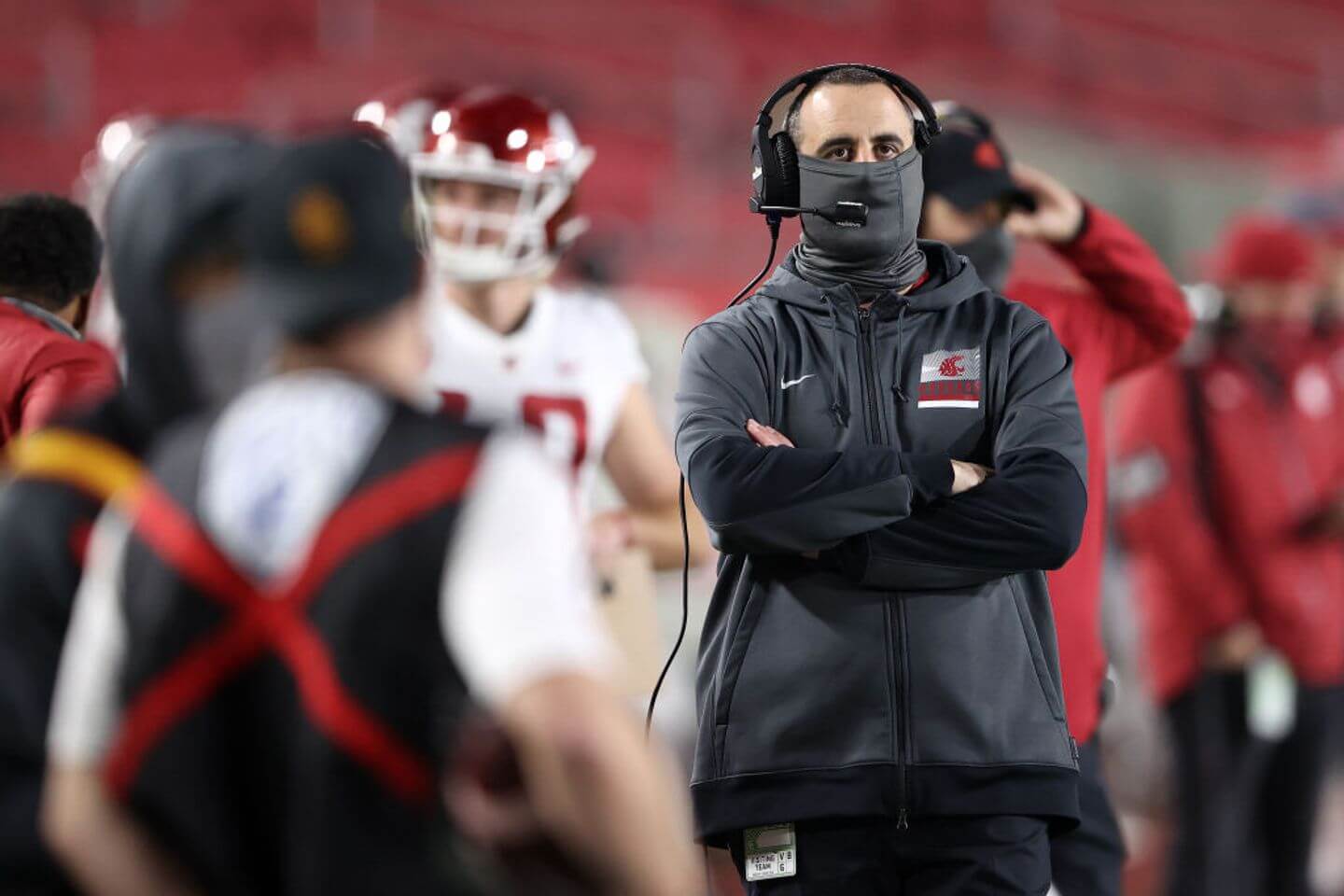 Washington State coach Nick Rolovich has applied for a religious exemption from the COVID-19 vaccine mandate in the state of Washington. Rolovich confirmed a report from USA Today Saturday morning following the Cougars’ 31-24 win against Oregon State.

“Not terribly happy with the way it happened,” said Rolovich about the USA Today report. “I just hope there’s no player that I coach that has to wake up and feel the way I felt today.”

Rolovich said the university has not provided a response about the approval or denial of his religious exemption request.

Rolovich’s mentor, June Jones, told USA Today: “He and I have had six or seven conversations over the last 60 days, and my advice is for him to take the shot. There’s too much at stake to risk losing his job, and it’s an unfortunate situation. It may be against what he believes obviously, but there are more people at stake — the university’s credibility, the lives of the assistant coaches and their families. There’s a whole bunch more at stake than just him, and that’s exactly what I told him.”

After Saturday’s win, Cougars quarterback Jayden de Laura told reporters that the players don’t have an issue with Rolovich’s decision.

“Players, we have no issue with Coach Rolo,” de Laura said. “We have no issue with any of our coaches. We respect their decisions. … The (reporters) covering us, they trying to dig a hole on our Cougar football team. I thought you guys were supposed to be supporting us and you guys are over here trying to take out our head guy.”

In a July news conference, Rolovich said he would not receive the COVID-19 vaccination but also told reporters he was not “against” vaccinations: “The reason for my individual choice will remain private. However, I want to make it clear, I respect, I support all the work being done by the state of Washington, who as a state has one of the highest percentages of vaccinations in the country.”