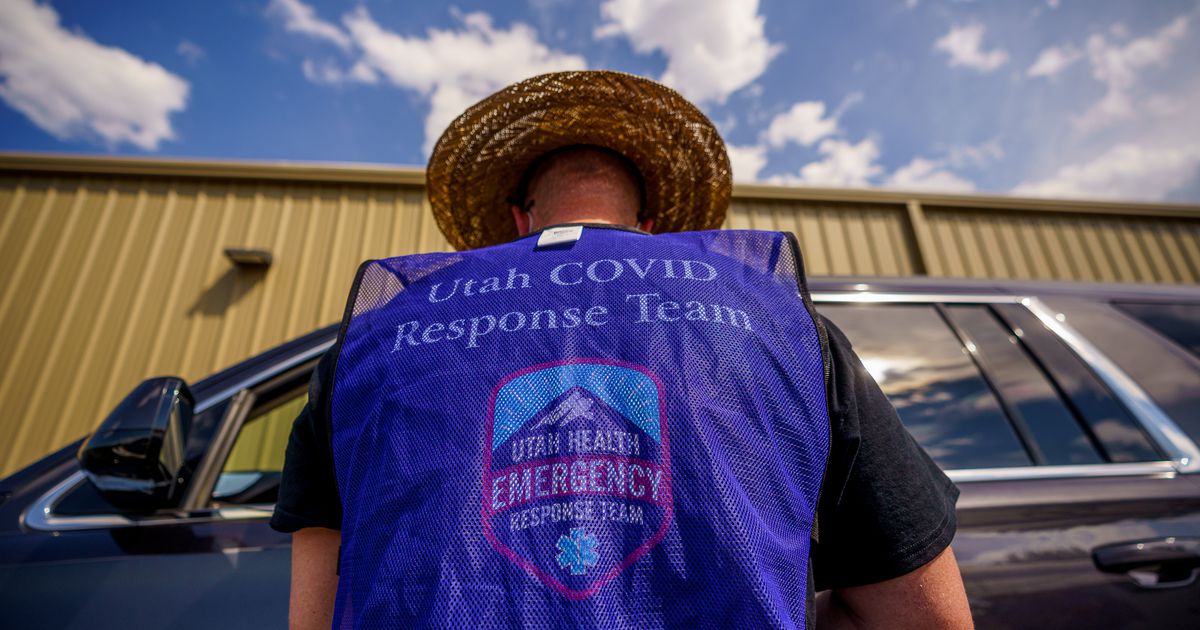 Editor’s note: The Salt Lake Tribune is providing free access to critical stories about the coronavirus. Sign up for our Top Stories newsletter, sent to your inbox every morning. To support journalism like this, please donate or become a subscriber.

More than 3,000 Utahns have now died from the coronavirus, with young patients now succumbing to COVID-19 at a faster rate than even before a vaccine was available.

On Tuesday, the Utah Department of Health reported 31 more deaths over the past four days, bringing the total to 3,025 since the pandemic began. The state no longer reports COVID-19 numbers on weekends or holidays, and it did not specify on which day Utah reached the 3,000 deaths mark.

And it’s not just that fewer older patients are dying in the age of the coronavirus vaccine. The actual number of young patients who are dying has been rising precipitously.

Those increases are occurring even as Utahns become more and more immunized, either through vaccination or previous infections. Vaccination rates among younger adults range from about 50% to 65% — and have been about that high for close to a month and a half, while death rates in those age groups peaked.

Meanwhile, the state has recorded no deaths of vaccinated Utahns younger than 50. That means deaths among younger Utahns are soaring to record high numbers even with a susceptible population less than half of what it was during previous peaks.

“We definitely have seen more cases of severe disease in the younger population with [the delta variant],” said Dr. Brandon Webb, an infectious diseases physician for Intermountain Healthcare. “We’ve seen that in the older adolescent/young adult population, and far more hospitalizations in school age children. It does beg the question whether delta is not only more transmissible but also more virulent in some age groups.”

To determine that is more complicated than just comparing hospitalizations and deaths to case numbers, Webb said. It may be counterintuitive, but it’s possible that young people with risk factors like obesity, respiratory illness or smoking are getting vaccinated at a lower rate than lower-risk populations. That would mean the remaining pool of susceptible people is, on average, at higher risk for serious illness.

A lot of vaccinated people who would have gotten mild COVID-19 cases are not appearing in the case counts at all, which may make the rate of deaths or hospitalizations per case look higher even without the virus itself being more deadly.

Researchers have not yet been able to tease out vaccination trends from risk factors, Webb said. But it’s possible, he said, that the same features that make the delta variant more transmissible also make it more dangerous.

“We do know it is much more prolific as a virus; it achieves much high viral levels,” Webb said. “Much higher viral levels can result in a quicker overwhelming of the immune system. More marauders attacking the castle gate makes it very likely to cause more severe disease even in young individuals.”

A lot of young patients and their families are blindsided when they end up in intensive care or on a ventilator.

“It’s a huge eye-opener,” Webb said. “We see that every day in the hospital, where patients acknowledge they simply didn’t think they were at risk for having such a serious illness.”

That surprise may, in part, be a normal feature of youth. “It’s certainly a tendency of younger individuals to underestimate risk of behavior in general,” he said.

But younger adults often do not see themselves as at high risk, specifically for serious illness from COVID-19, when they actually are.

“There are a lot of adults who have been generally healthy, who haven’t had significant illnesses, but who are overweight, who are obese, who may have unrecognized high blood pressure or pre-diabetes and simply never considered themselves unhealthy,” Webb said. “But from the standpoint of COVID, this virus doesn’t care. It considers the middle-aged obese male as a prime target. I think it’s really important for working age adults to understand, although they have been generally free of serious illness, they may have serious risk factors.”

This may be especially true in Utah, where adults of all sizes tend to be active.

“There are a lot of very active adults with a BMI over 30 who, because they’re active and have been generally healthy, have considered themselves at lower risk than SARS COV-2 considers them,” Webb said.

An additional 8,498 Utahns were fully vaccinated against the coronavirus in the past four days, bringing the total to 1,715,053 — 52.4% of Utah’s total population.

Intensive care units in Utah hospitals are at 93% capacity, and 46% of patients in ICU beds are hospitalized with COVID-19, the Health Department reported.

Deaths reported in past four days • 31.

And six counties each reported a single death, with the youngest an Emery County woman age 45 to 64. Men from Box Elder County and Carbon County, and women from Cache County, Juab County and San Juan County, were all 65 to 84.

Hospitalizations reported in the past four days • 598. That’s 31 more than reported on Friday. Of those currently hospitalized, 219 are in intensive care — 15 fewer than Friday.

Percentage of positive tests • Under the state’s original method, the rate is 15.9% over the past four days. That’s slightly higher than the seven-day average of 15.7%.

The state’s new method counts all test results, including repeated tests of the same individual. Tuesday’s rate was 8.4%, lower than the seven-day average of 10.4%.

[Read more: Utah is changing how it measures the rate of positive COVID-19 tests. Here’s what that means.]