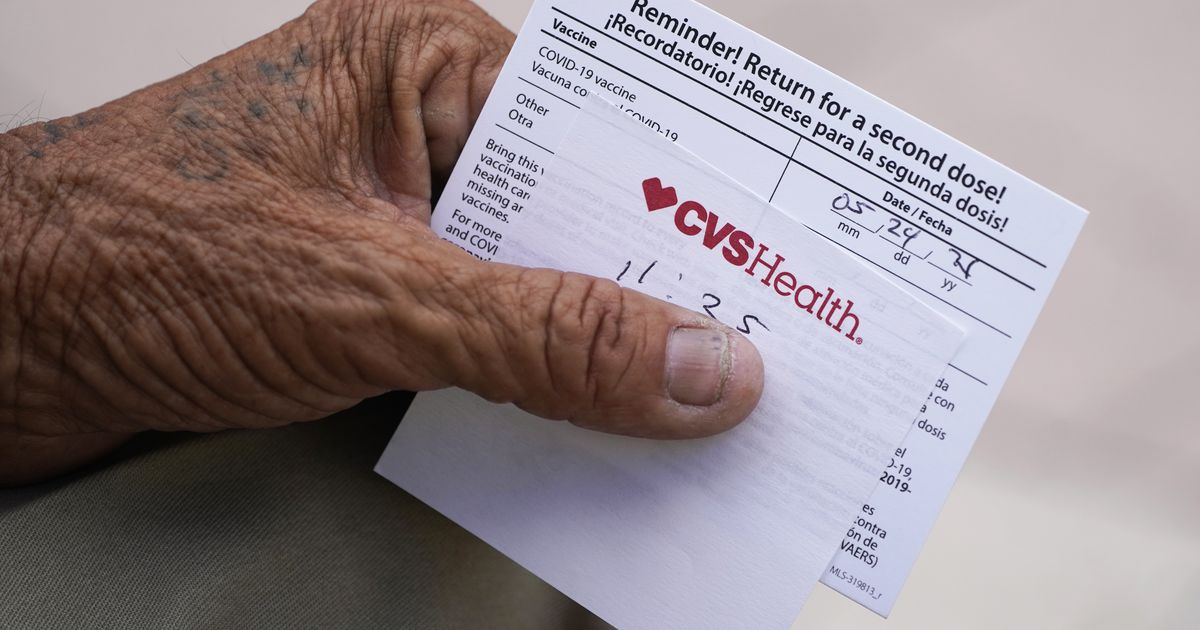 A Midvale plastic surgeon and three other Utahns were indicted on conspiracy charges last week after prosecutors say they dumped nearly 2,000 doses of COVID vaccine down a drain, distributed fake vaccination cards — and, at the request of some parents, injected children with saline to convince the young patients that they had been vaccinated.

Andersen and Moore were both members of an unnamed private organization “seeking to ‘liberate’ the medical profession from government and industry conflicts of interest,” court documents state.

Investigators say Moore in May 2021 initially signed an agreement with the Centers for Disease Control and Prevention to distribute COVID-19 vaccines and vaccination cards from the plastic surgery practice. Moore and Burgoyne then ordered “hundreds” of COVID-19 vaccine doses from the CDC between May 2021 and September 2022, court documents state.

As doses began arriving at the practice, Moore and Burgoyne notified individuals who were seeking a fraudulent vaccine card that they could receive a completed card from the Midvale practice without actually receiving any vaccine doses if they paid $50 cash, or directed $50 donations to the private organization of which Andersen and Moore were members.

Burgoyne managed the daily logistics of the scheme, documents state, referring people interested in acquiring fake vaccination cards to Andersen. Andersen would then screen anyone referred to her, requiring that they provide the name of another person whom the practice had already given a fraudulent vaccination card.

Once the individual had been screened, Andersen would then provide them with a link to the private organization that she and Moore were a part of, and require them to make a $50 donation per person for each vaccine “appointment” in order to receive a fraudulent vaccine card.

The individuals would then pick up the cards from the practice, where Flores and other employees would fill out and stamp the cards to falsely indicate that vaccine doses had been administered to patients, according to investigators.

Some of the people seeking fake vaccine cards were parents, and in some cases, they wanted fake vaccine cards for their children. In such cases, at a parent’s request, Moore, Burgoyne and Flores would administer saline shots to children so they would think they had been vaccinated, court documents state.

Burgoyne would then upload the names of all purported vaccine recipients to the Utah Statewide Immunization Information System — falsely reporting that the practice had administered 1,937 doses of vaccine, including 391 pediatric Pfizer doses. That amounts to about $28,028 worth of actual vaccine doses, which the defendants allegedly drew from bottles with a syringe and squirted down a drain, documents state.

The scheme was revealed after an undercover agent in March 2022 went through the process of acquiring a fraudulent vaccination card from the practice, investigators say.

After the agent completed the screening process and was told to pick up the fraudulent card at the practice, a second agent that month attempted to acquire a fake vaccination card.

When the second agent received their fraudulent card, the agent asked Flores if his children could also receive a similar COVID-19 vaccination card. In response, Flores wrote on a Post-it note that “with 18 & younger, we do a saline shot,” court records state.

In total, the value of the fraudulent CDC vaccination cards plus the dumped vaccine doses amounted to $124,878.50 in government property, according to court documents.

Moore, Burgoyne, Andersen and Flores will make their initial appearance in court on Jan. 26 at 2 p.m.