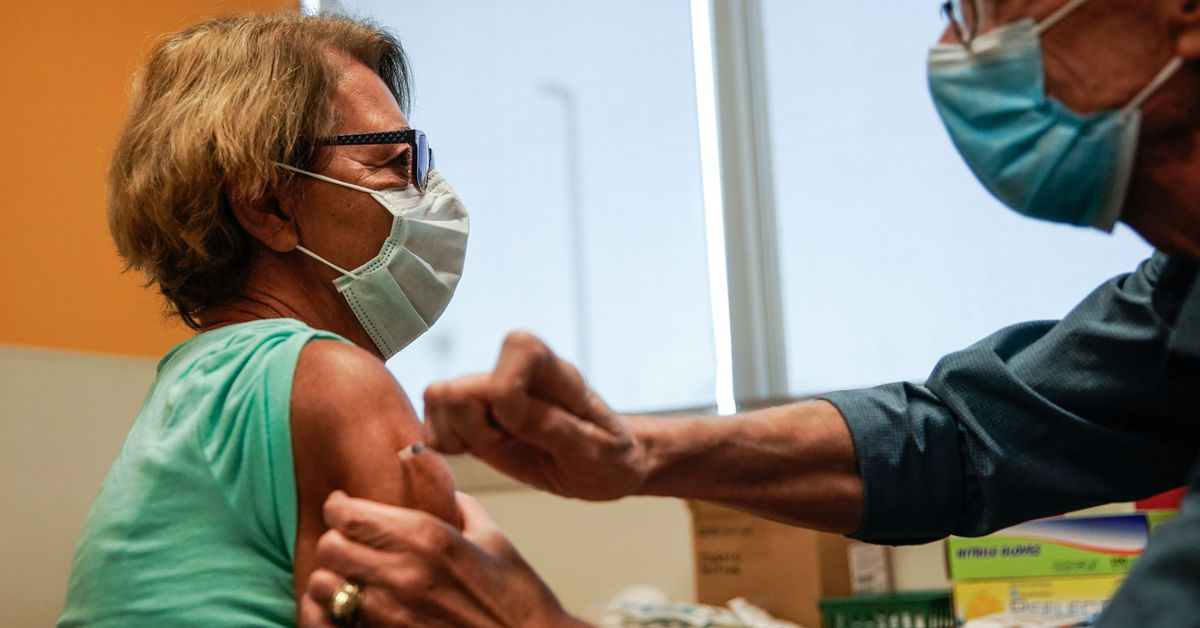 Utah hospitals are “still in the thick of it,” filled beyond capacity for at least the next few weeks, as the drop in the state’s COVID-19 case counts appears to have stalled, a doctor from the region’s largest health care provider said Friday.

“We’re just remaining at 100%, essentially. We continue to be full and what’s driving that is the COVID-19 cases,” Dr. Eddie Stenehjem, an Intermountain Healthcare infectious diseases physician, told reporters during a virtual news conference.

He said at the start of the week, the hope was that cases would continue to decline. The seven-day average for cases that had risen fairly steadily since the start of the surge fueled by the highly contagious delta variant in July to a high of just over 1,600 in mid-September was down to around 1,400.

Unlike Florida and other largely Southern states that saw huge spikes in coronavirus cases over the summer that then fell off sharply, Stenehjem said Utah’s cases peaked around the time school started and the drop had been slow.

Utah’s latest data “really shows we’re at a high plateau,” he said. “So I anticipate that we’ll probably continue to this level of occupancy in our hospitals for at least a couple of weeks. That’s assuming our cases start to trend down in the next week or so. So we’re still in the thick of it.”

Last month, Intermountain Healthcare announced that the postponement of nonemergency surgeries at 13 Utah hospitals, a decision described as a drastic action taken to deal with an overwhelming number of COVID-19 patients. At the time, daily case counts were above the 2,000 mark not seen since mid January.

“We’ve had to turn off nonurgent surgeries,” he said, because many, including heart surgeries, require recovery time in intensive care units, where beds are being taken by patients with COVID-19. “We just don’t have the room to provide that.”

The surgeries being put off are not elective, the doctor said, but are for “people that are having strokes due to a clot in their arteries or they have blockages in their heart. They need those surgeries. But we unfortunately just can’t offer them at this time because there’s no way to care for them postoperatively.”

Stenehjem said patients are also being transferred between hospitals, and turning down some from neighboring states.

There’s concern about what winter will bring, given that’s when the worst of the pandemic to date occurred thanks in part to indoor celebrations during seasonal holidays as the coronavirus vaccine was only beginning to be made available in Utah and the rest of the world.

“I think people are nervous about what’s going to happen as we roll into the winter months. Back in January, we had this hope of like, OK, vaccines are rolling out. Shortly thereafter we’re going into summer. Now it’s just this concern that we’re headed into just this kind of cold, dark winter,” Stenehjem said.

The hope, he said, is that hospitals can get through the latest uptick in cases before the holiday season starts.

Already, Stenehjem said, Utah is seeing “a pretty significant spike” in RSV, or respiratory syncytial virus, in children. Both RSV and flu cases were virtually nonexistent last winter, when Utahns were masking and taking other precautions to stop the spread of the deadly virus.

Whether the state is in for a difficult flu season remains to be seen, he said, urging Utahns to get a flu shot.

COVID-19 vaccinations, now widely available to anyone 12 and older, may soon be approved for children as young as 5 years old, a prospect that Stenehjem said is “incredibly exciting.” Just over 53% of all Utahns are fully vaccinated against the virus, meaning it’s been two weeks or more since they received a single or second dose.

Making it a little more difficult to know if COVID-19 cases start heading down again are the at-home test kits for the virus, the doctor said, because those results may not be included in the state’s count. Still, he said the do-it-yourself tests are a “good thing.”

Stenehjem said he doesn’t expect to see another surge in virus cases this winter, acknowledging it’s tough to make a prediction.

Still, he said, with more than half of all Utahns vaccinated and others with some degree of natural immunity after having COVID-19, “the amount of people in our community that are susceptible to severe disease is much less this winter compared to last winter. That’s something that’s in our advantage.”

More than 3.5 million doses of coronavirus vaccine have been administered in Utah, a daily increase of 9,292.

Currently, 572 people are hospitalized in Utah with COVID-19. The state’s death toll is at 2,994 with the 11 new deaths reported Friday. They are: