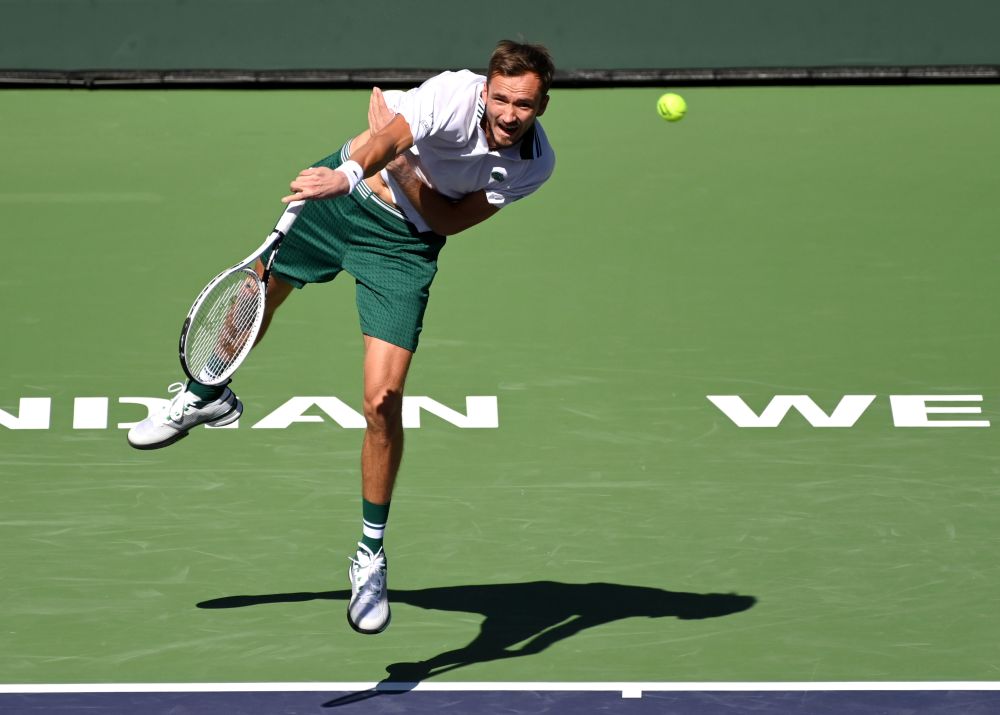 Daniil Medvedev serves against Grigor Dimitrov in his fourth round match during the BNP Paribas Open at the Indian Wells Tennis Garden October 13, 2021. — Reuters pic

NEW YORK, Oct 14 — Reigning US Open champion Daniil Medvedev is out of the ATP Indian Wells Masters, falling in the fourth round to No. 23 seed Grigor Dimitrov 4-6, 6-4, 6-3 on Wednesday.

Medvedev, who won his first Grand Slam title last month at Flushing Meadows, hadn’t lost a set heading into the fourth round but dropped eight straight games against Dimitrov.

World No. 2 Medvedev won the first set, was up 4-1 in the second and appeared to be cruising to another easy victory when the wheels came off — his unforced errors mounting and service game falling flat.

The match turned in the sixth game of the second set as Dimitrov broke Medvedev’s serve for the second time in the set to cut the Russian’s lead to 4-2.

Dimitrov held serve in the next game and then broke Medvedev twice more to take the set and set the tone for a dominating performance in the third set.

The Bulgarian closed out the match on the first match point when Medvedev blasted a forehand long.

Dimitrov will face Polish eighth seed Hubert Hurkacz, who rolled over Russian Aslan Karatsev 6-1, 6-3 earlier on Wednesday, in the quarter-finals.

The 25-year-old Medvedev beat Novak Djokovic in the US Open final last month to prevent the Serb star becoming the first man since the legendary Rod Laver in the 1960s to win all four Grand Slams in the same year. — AFP