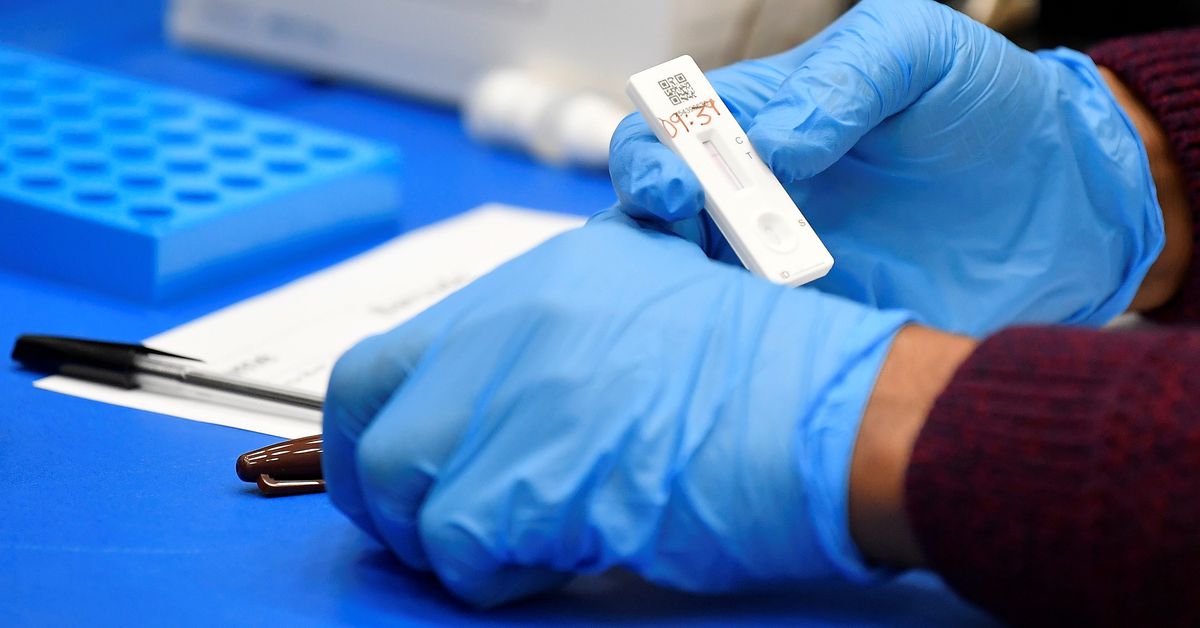 LONDON, Oct 15 (Reuters) – A COVID-19 testing laboratory in central England has been suspended over concern that it has been incorrectly giving negative PCR test results to people who are infected, the UK Health Security Agency (UKHSA) said on Friday.

NHS Test and Trace launched an investigation into a lab in Wolverhampton after reports of people getting negative PCR test results after testing positive on rapid lateral flow devices (LFDs).

Government advice says PCR tests are more accurate than LFDs, and people can stop self-isolating if a positive LFD result is followed by a negative PCR test result.

UKHSA said an estimated 43,000 people may have been given incorrect negative PCR test results, mainly in southwest England, possibly underestimating the number of people with coronavirus between Sept 8. and Oct. 12.

“We have immediately suspended testing at this laboratory while we continue the investigation,” said Dr Will Welfare, Public Health Incident Director at UKHSA.

“There is no evidence of any faults with LFD or PCR test kits themselves and the public should remain confident in using them and in other laboratory services currently provided.”

Immensa Health Clinic, the private company who run the lab, was founded in May 2020, and has been awarded contracts worth 170 million pounds ($234 million) to process results of PCR tests.

Its chief executive, Andrea Riposati, said the company was “fully collaborating” with UKHSA’s investigation, and did “not wish this matter or anything else to tarnish the amazing work done by the UK in this pandemic.”

Riposati also runs Dante Labs, which is being investigated by the Competition and Markets Authority (CMA) over allegations it has failed to deliver PCR test results on time or sometimes at all.

Prime Minister Boris Johnson has faced criticism, with many saying NHS Test and Trace falls well short of the “world-beating” system he had promised.

“If it was found that the results of 40,000 cancer or HIV tests may have been incorrect, there would be an uproar and heads would roll,” said opposition Labour party lawmaker Rosena Allin-Khan.

“Not with Test and Trace. Tens of billions of pounds thrown at numerous private companies who have put profit before the pandemic.”

UKHSA said it was an isolated incident in one laboratory, with samples now being redirected to other labs, and overall testing availability was unaffected.

But some scientists raised alarm that the false negatives could have contributed to the spread of cases. One prevalence survey estimates infections at their highest since January. read more

“We now know 43,000 people are believed to have been given false negatives, but this doesn’t even come near to the cost of the mistake,” Kit Yates of the University of Bath’s Department of Mathematical Sciences said.

“Many of these people will have been forced into school or work potentially infecting others. This could be part of the reason behind some of the recent rises we’ve seen.”