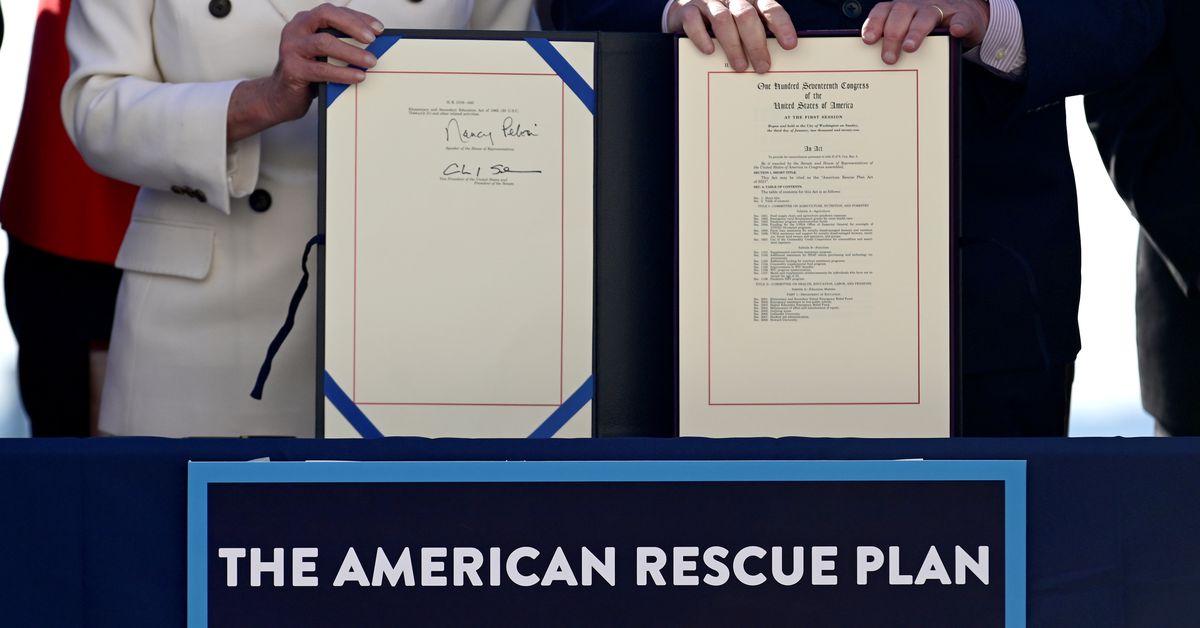 Initial reporting shows that U.S. states have appropriated or budgeted 45% of the federal COVID-19 relief funds they had on hand as of July 31, with a greater proportion of funds likely allocated in the last two months, it said.

“Simply knowing these funds were in their coffers has allowed state and local governments to avoid budget cuts and layoffs, preventing a repeat of the Great Recession,” Leibenluft said.

He said Treasury had already provided over $240 billion of the total to state, territorial, local and tribal governments, and initial reporting showed they were putting the money to good use.

For example the governor of Hawaii rescinded plans to furlough over 10,000 state employees and cut the state’s budget by $600 million less than a week after the American Rescue Plan was passed.

Governments were also using the funds to get more people into the workforce and grow their economies, Leibenluft said.