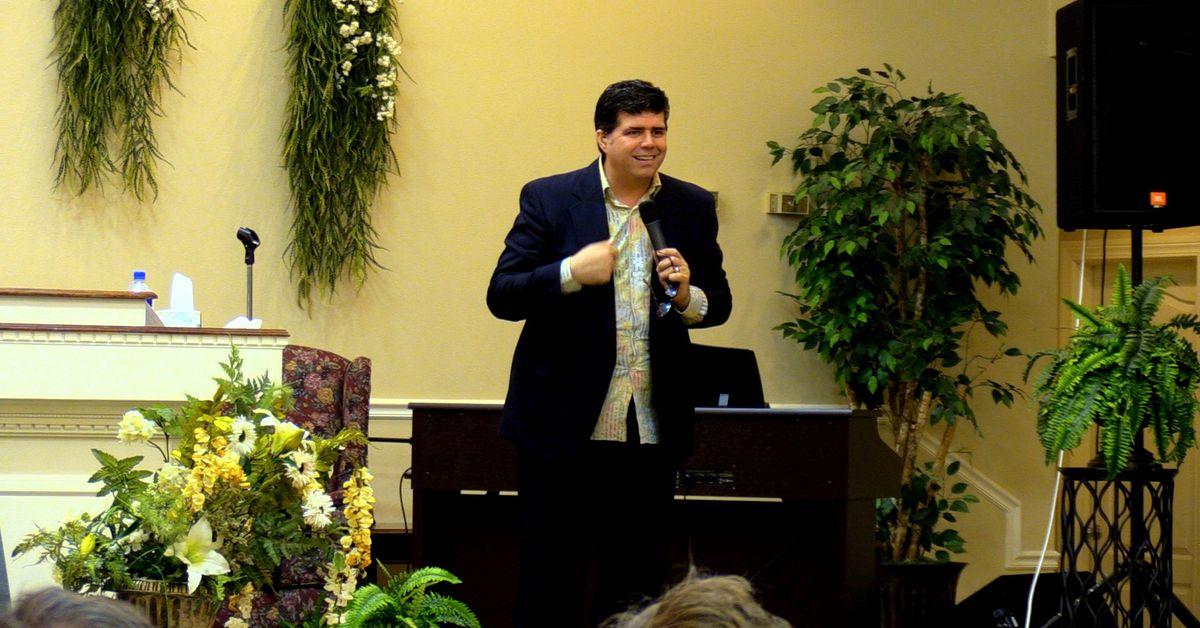 Oct 14 (Reuters) – From the outside, First Harvest Ministries in Waveland, Mississippi, could almost be mistaken for a storage shed were it not for the steeple.

From the modest building however, Shane Vaughn, the Pentecostal church’s pastor, has helped spearhead an online movement promoting personal faith as a way around workplace COVID-19 vaccine mandates.

He posts form letters for U.S. workers seeking religious exemptions that have been downloaded from his website around 40,000 times, according to a screen shot of web traffic he shared with Reuters.

“This is the only way out,” said Vaughn, 48, of the letters, which he makes available for free, that mix Biblical scripture with warnings to employers of legal fallout if they are disregarded.

As the Biden administration prepares a federal vaccine mandate and more states and companies impose them to help accelerate the pandemic’s end, letter-writing efforts by religious leaders are being reinforced by legal advocacy groups such as Liberty Counsel.

United spokeswoman Leslie Scott said the airline received the letter but it had no impact on the company’s actions. Tyson did not comment on the letter.

U.S. employers are required by law to make reasonable job changes to accommodate a person’s religious beliefs, although they can seek information to determine if the beliefs are religious in nature and “sincerely held.”

Many employers want regulators to provide guidance for scrutinizing exemption requests to help protect them from lawsuits alleging they were wrongly denied, said Roger King, of the HR Policy Association, a forum for large companies.

‘DEALING WITH THEM ON A MASS BASIS’

Employment lawyers said form letters taken off the internet might suggest a person’s beliefs are not sincere, but it would be difficult for an employer to determine that. Employers could be on stronger legal ground to reject exemption requests that are based on verifiable false statements about the vaccines, the lawyers said.

“Religious exemption requests have over years been much more rare and now we’re dealing with them on a mass basis,” said Kimberly Harding, an employment lawyer at Nixon Peabody, which advises companies.

Some of the exemption request forms included letter attachments that used similar phrasing, which Lasky said might indicate coaching, although he said they were not a determining factor in whether a request was granted.

What mattered was whether the person could articulate how their beliefs prevented them from getting the COVID-19 vaccine, such as if they “tied it to eternal damnation,” Lasky said.

In at least one case, an employer reversed its decision to deny a religious exemption after receiving a letter from Liberty Counsel.

Lehigh Valley Health Network in Pennsylvania told a nursing student on Sept. 7 it was rejecting her request because it was based on a “factually incorrect” link between vaccines and aborted fetal cells, according to correspondence disclosed by Liberty Counsel that redacted the student’s name.

A week later, Liberty Counsel sent a seven-page letter to Lehigh citing health officials in North Dakota and Louisiana who said there was a link between the vaccines and fetal cells. The group demanded Lehigh either approve the student’s request or face “prompt litigation.”

It approved the request the next day. Lehigh did not respond to requests for comment.

A Vaughn letter turned up in one of the few successful lawsuits against a vaccine mandate. Western Michigan University granted an exemption to a student athlete who used his letter but was still barred from school sports until the court intervened.

Harry Mihet, an attorney with Liberty Counsel, said the Christian group receives thousands of messages weekly from individuals claiming they had an exemption request denied for improper reasons. Those include that the person’s denomination endorsed the shots or that the Pope was vaccinated, neither of which have bearing on an individual’s beliefs.

“I think these employers run the risk of being tied up in litigation until kingdom come,” Mihet said.

Vaughn, who served a three-year prison sentence for fraud and had a stint running an auto dealership, said he now spends 80% of his day helping people with employer requests for more information, such as describing how an employee’s beliefs conflict with a hospital’s vaccine policy.

Vaughn is encouraged by companies pushing back on his exemption letters. “They are making it more difficult and adding layers to the process,” he said. “It’s proof it works.”