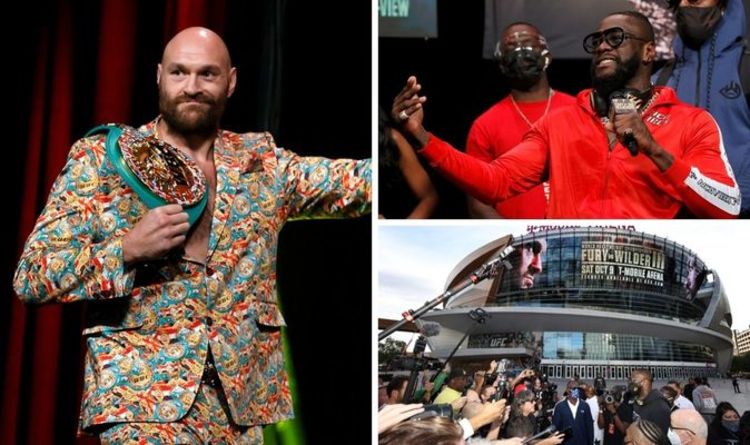 The only weight Wilder was concerned with on Friday night was his own, and the Bronze Bomber clocked in at 238lbs, seven pounds heavier than their last fight.

It is officially the heaviest Wilder has been in his career.

In the other corner, Fury registered a weight of 277lbs – four pounds heavier than he weighed in at ahead of the second fight.

In their earlier news conference, the Gypsy King insisted his weight ‘did not matter’ ahead of the third instalment of their trilogy.