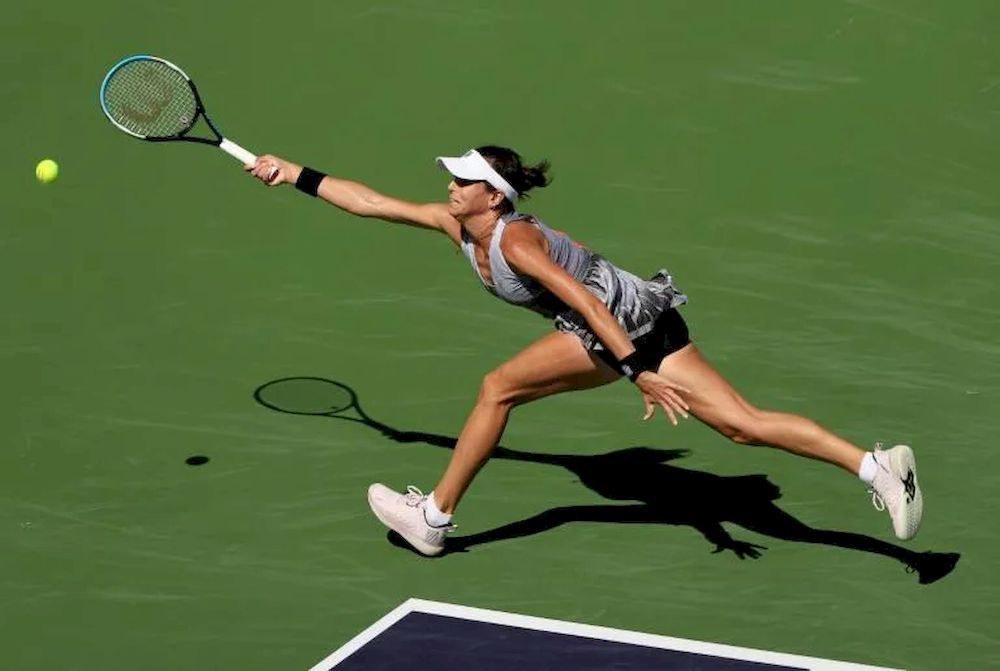 Australian Ajla Tomljanovic on the way to a second-round victory over fifth-seeded Garbine Muguruza of Spain at the WTA and ATP Masters Indian Wells hard court tournament. — AFP pic

LOS ANGELES, Oct 10 — Top-seeded Karolina Pliskova rolled into the third round of the WTA and ATP Masters at Indian Wells on Friday, as fifth-seeded Garbine Muguruza was toppled by Ajla Tomljanovic.

Pliskova, ranked third in the world, needed 80 minutes to get past 23-year-old Polish qualifier Magdalena Frech 7-5, 6-2.

Pliskova fired six aces to take her WTA-leading tally to 387 for the season, converting five of six break chances against Frech.

It was the 106th-ranked Frech who grabbed the first break of the match, taking a 4-3 lead in the opening set.

But Pliskova promptly broke back and leading 6-5 the Czech gave herself a set point with a backhand winner before Frech fired into the net.

Pliskova powered to a 5-1 lead in the second set and, after dropping her serve while serving for the match, broke Frech for the fifth time in the match to claim the win.

Spain’s Muguruza, meanwhile, was bundled out 6-3, 1-6, 6-3 by Australia’s Tomljanovic, who reached her first Grand Slam quarter-final at Wimbledon earlier this year.

Muguruza appeared to have turned things around when she pocketed the second set to level the match — aided by a rise in errors from the Aussie.

But Tomljanovic regrouped, breaking Muguruza in the opening game of the third.

Muguruza pulled the break back to knot the set at 3-3 only to drop her serve again and Tomljanovic finished it off with a final service break.

The night session will see Bianca Andreescu launch her defense of the title she won in 2019 — the most recent edition of the tournament — when she takes on American Alison Riske in the second round.

Medvedev is playing his first ATP event since winning his first major title at Flushing Meadows — where he denied Novak Djokovic a rare calendar Grand Slam sweep with his victory over the Serb star in the final.