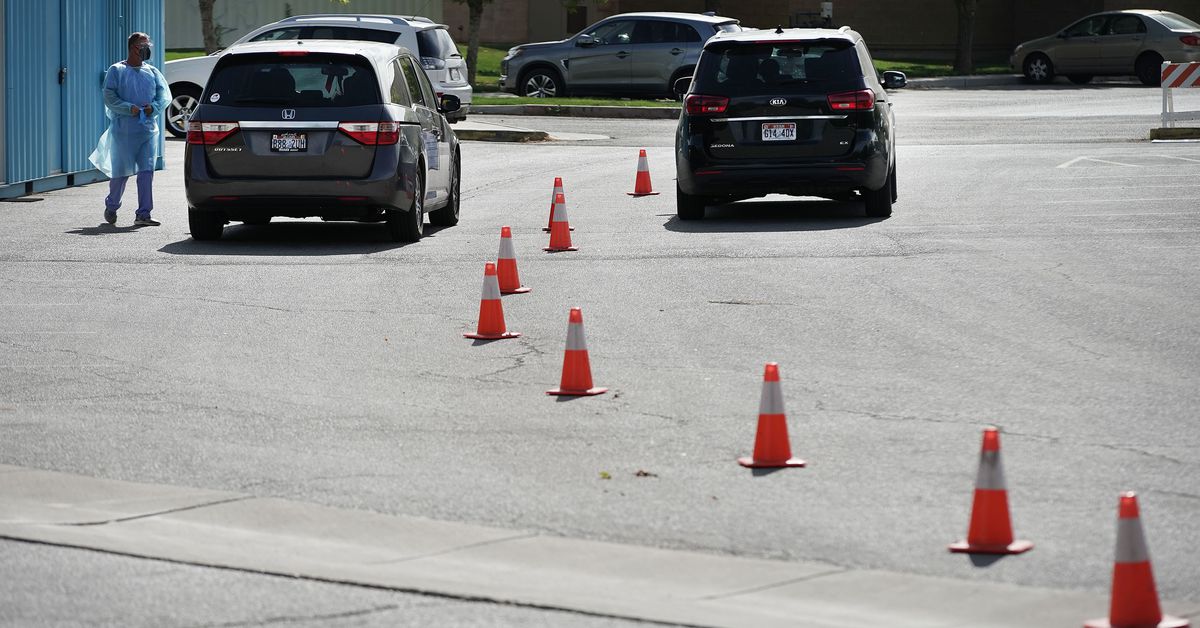 Could the worst of the COVID-19 pandemic finally be over?

It’s too soon to tell, Utah health experts say, warning the deadly virus has appeared to be in retreat in the past but then came surging back. In the meantime, they say more Utahns need to be vaccinated against the coronavirus and take precautions like wearing a mask to help keep it from flaring up again.

Nationwide, the number of coronavirus cases, rising since midsummer thanks to the highly contagious delta variant, have dropped by more than a third since Sept. 1, and more than 30% worldwide since August, the New York Times reported this week.

“We certainly are turning the corner on this particular surge,” Fauci said on ABC’s “This Week” on Sunday. But he said there may be more surges ahead and put in a plug for the COVID-19 vaccine. “The way to keep it down, to make that turnaround continue to go down, is to do what we mentioned: get vaccinated.”

Utah’s numbers are also heading in the right direction, according to Utah Department of Health spokesman Tom Hudachko. The spike that saw the seven-day average for cases climb fairly steadily since July to a high of just over 1,600 in mid-September has dropped to around 1,400.

Hospitalization rates have also stabilized in the last week to 10 days, although at “a really high level,” he said, and the daily death toll reported from COVID-19, still in double digits Wednesday, is expected to decline. It can take several weeks for hospitalizations and deaths from the virus to reflect lower case counts.

Also, the state health department’s projections for the number of COVID-19 cases among school-age kids in September turned out to be far too high. “We were way off,” the department acknowledged in a recent series of tweets, with just under 10,000 cases reported in that group compared to the 39,000 projected.

“The data from the first weeks of school this year are promising, and we’re pleased the model was off in the ‘right’ direction. It means kids are in school and learning. That is the goal,” the department tweeted, describing modeling as “complex” but correct in predicting higher rates than the state saw in September 2020 — just not by how much.

Hudachko declined to address what that projection being off suggests about where the state is headed, referring to the department’s previous statements on Twitter. He said all of the numbers suggest there’s “a natural ebb and flow to all of the spikes we’ve seen,” meaning there could be another wave of the virus coming.

All of the same public health recommendations continue to apply to Utahns, Hudachko said, including getting vaccinated against COVID-19, and if someone does become sick, testing for the virus, staying home and limiting contact with others.

“We’re certainly in a better place than we were a couple of weeks ago. But I still think we want to see a more sustained drop in cases,” he said, adding, “I don’t think we would want anybody to interpret this as we’re out of the woods when it comes to the pandemic.”

Dr. Petronella Adomako, an infectious diseases physician at McKay Dee Hospital in Ogden, isn’t ready to say the worst of the pandemic has passed, especially because hospital beds in intensive care units continue to be filled beyond capacity due to the large number of COVID-19 patients.

“That makes it difficult to be optimistic at this time,” Adomako said about a virus that “has taught us a few lessons along the way.”

Among those lessons is what happened this summer, after a steep decline in cases from winter’s peak resulted in vaccination rates slackening and mask mandates, along with many other mitigation measures, ending in many parts of the country, including Utah.

That’s when the highly contagious delta variant showed up, sending cases soaring to a daily high of nearly 2,200 by early September. While that’s less than the daily record of just over 4,700 cases set on Dec. 30 last year, it’s still some 10 times higher than what the state saw in the spring.

Adomako said she would “not be surprised” if the delta variant surged again. There’s also the looming threat of other variants emerging to take its place, she said, adding COVID-19 is likely to be around for years and easing up on mitigation measures makes it harder to get the disease under control

“No, we cannot relax. That’s what we saw happen. We did relax and we saw numbers bump back up,” Adomako said, noting even as COVID-19 cases appear to be declining, doctors are already seeing flu and RSV — or respiratory syncytial virus — cases after both diseases virtually disappeared last winter.

“I believe we still have to be vigilant,” she said.

Han Kim, a professor of public health at Westminster College in Salt Lake City, said there’s reason to be optimistic that COVID-19 may finally be on its way to becoming more like a seasonal flu, with smaller and less deadly surges, as more people are vaccinated against the virus or have contracted it.

“I think we’re in a place where we may be past the worst of it. I hate to say that. There’s a lot of caveats,” he said, such as another variant of the virus. And, Kim said, “it’s better for us to be pessimistic, to be conservative and have better news not worse. But at the same time, I can’t help but think that perhaps we’re now on the downward trend.”

That doesn’t mean there won’t be setbacks, he said. “We’ll have surges. We’ll have more hospitalizations and unfortunately, more deaths. But I think if we’re careful from this point on — and by careful, I mean not shutting ourselves in but wearing masks in public and getting vaccinated,” that could be the future.

Masking should be a part of that future, Kim said, just as they are in Asia and some other parts of the world, even though lawmakers in many states, including Utah, have ended mask mandates and banned or made it difficult for schools or public health officials to reimpose requirements.

“I would like to see masks normalized. Not just for COVID, but for other diseases,” he said, where donning a face covering when spreading a virus is possible becomes socially acceptable, no different than blocking a sneeze with a hand or the crook of an arm.

“Masks should never be taken away,” Kim said. “They should always be a tool.”

COVID-19 is not going to disappear nor is it going to be safe any time soon to declare definitively the worst is over, he said, especially with winter holidays like Thanksgiving and Christmas approaching that encourage indoor gatherings where the virus can be more easily spread.