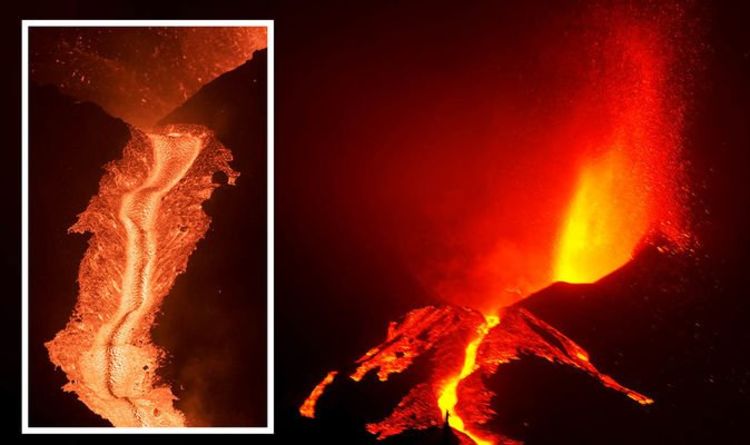 Rapidly-flowing steam from this site carried away massive chunks of lava which had already hardened.

The regional minister for security on the Canary Islands, Julio Pérez said; “We cannot say that we expect the eruption that began 21 days ago to end anytime soon.”

The magma river, which reaches temperatures of up to 1,240C, has destroyed the last few properties which were still standing in the village of Todoque according to scientists.

Around 21 tremors were recorded on Sunday, with the largest hitting 3.8 magnitude and causing ground shakes in the villages of Mazo, Fuencaliente and El Paso.

This followed from 37 seismic movements on Saturday, with the largest measuring 4.1 according to the Spanish national geological institute.