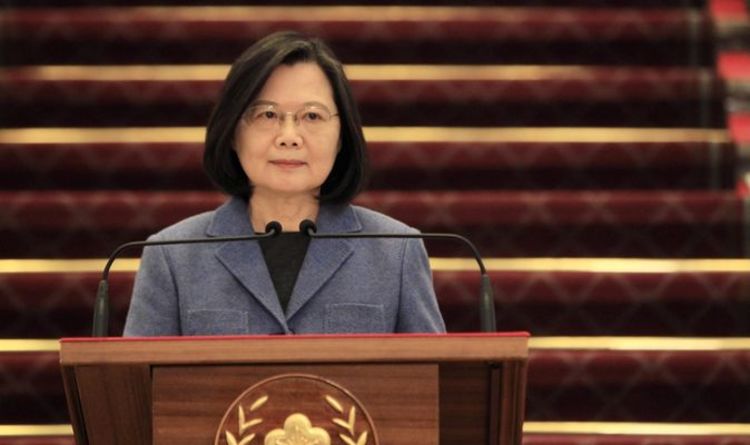 Beijing has not ruled out using force in future to achieve unification of the democratically ruled island. President Tsai Ing-Wen was re-elected overwhelmingly last year due to her commitment to put pressure on Beijing.

During the speech she commented that Taiwan was “standing on democracy’s first line of defence.”

She said Taiwan would increase its defences to “ensure that nobody can force Taiwan to take the path China has laid out for us”.

She said: “The more we achieve, the greater the pressure we face from China.”

China has since denounced her speech commenting it “incited confrontation.”

Over the past week China has sent record-breaking numbers of military jets into Taiwan’s air defence zone.

President Tsai spoke about Taiwan’s national security following the military flights into the air defence zone, she said the situation was “more complex and fluid than at any other point in the past 72 years.”

Only a few countries recognise Taiwan as an independent country, with the United Nations recognising the island as “China” since 1971.

Taiwan is mainly accepted as an independent state due to having its own constitution and democratically-elected leaders.

President Xi Jinping has expressed his aims to annex the island by suggesting there is “no room for any form of Taiwan independence,” and has not ruled out using force to achieve his goals.

Dr Nick Bisley, from La Trobe University in Australia said: “Xi Jinping has made a very public and very clear signal that says Taiwan is not a problem that will be passed down to the next generation.”