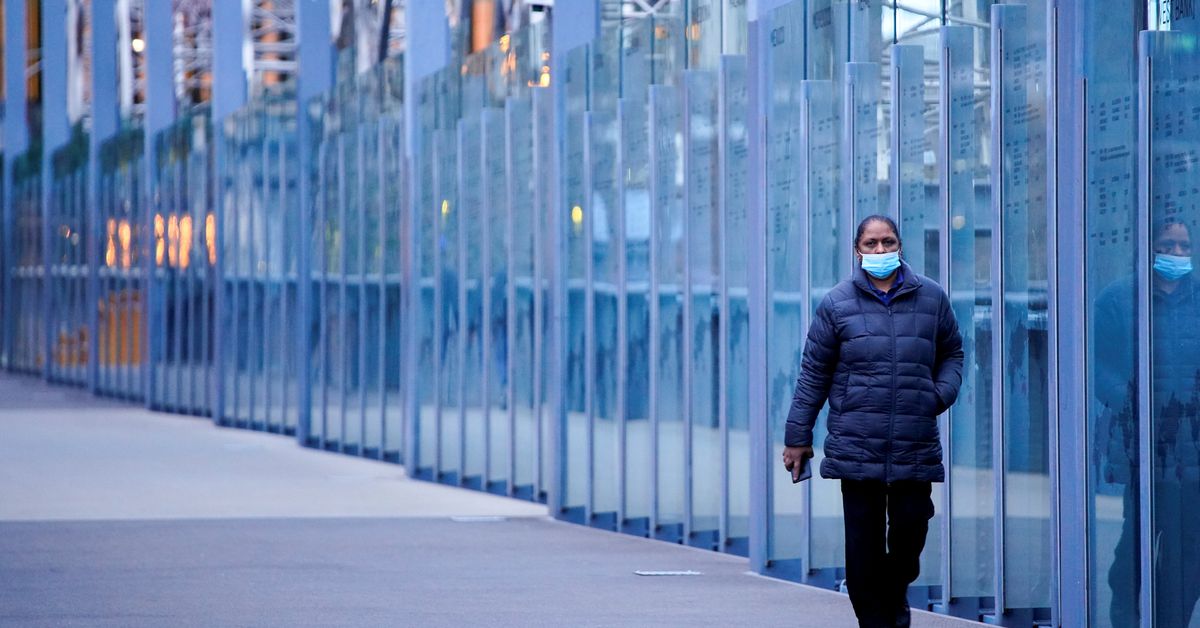 A woman wearing a protective face mask walks along a deserted city bridge during morning commute hours on the first day of a lockdown as the state of Victoria looks to curb the spread of a coronavirus disease (COVID-19) outbreak in Melbourne, Australia, July 16, 2021. REUTERS/Sandra Sanders//File Photo

Australia closed its international borders in March 2020 in response to the pandemic, allowing entry almost exclusively to only citizens and permanent residents who are required to undergo a mandatory two-week hotel quarantine at their own expense.

“We want people back, we are leading the nation out of the pandemic … we are opening Sydney and New South Wales to the world,” Perrottet told reporters in Sydney, the state capital.

The office of Prime Minister Scott Morrison was not immediately available to comment on the New South Wales plan.

New South Wales is expected to reach 80% full vaccination levels in the adult population this weekend, while the rest of the country will take at least some weeks to reach that level.

The move to open borders comes as daily infections in New South Wales eased further to 399 from 406 on Thursday, well down from the state’s pandemic high of 1,599 in early September.

Neighbouring Victoria state reported 2,179 new locally acquired cases, the majority in Melbourne, down from a record 2,297 a day earlier.

Australia had stayed largely virus-free for most of this year until a third wave of infections fuelled by the Delta variant spread across its southeast from late June, forcing a months-long lockdown in Sydney, Melbourne and Canberra.

The country’s overall coronavirus numbers are still relatively low, with some 139,000 cases and 1,506 deaths.