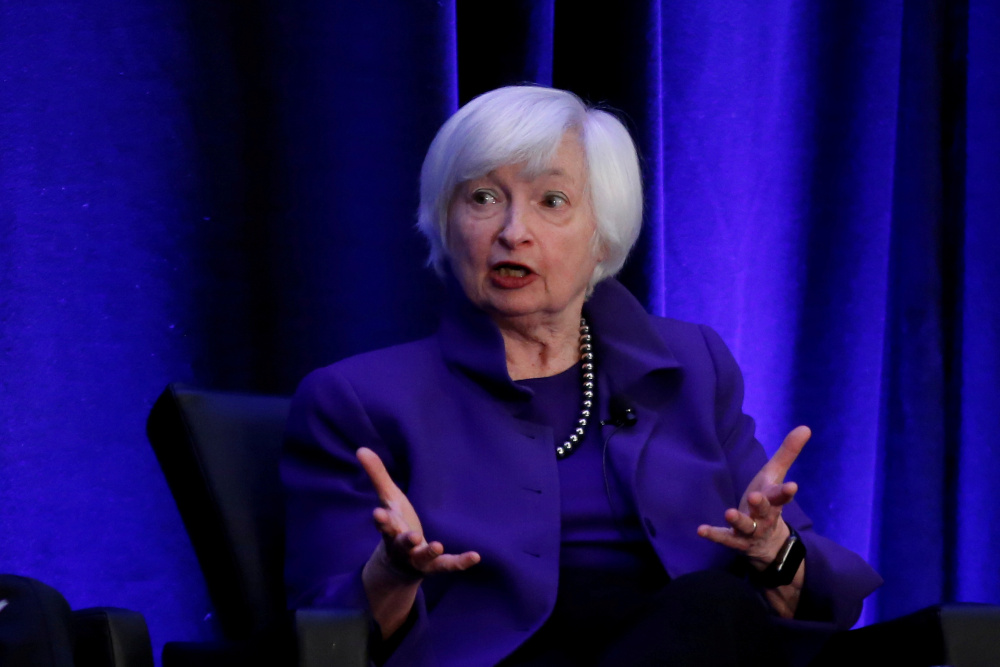 US Treasury Secretary Janet Yellen said the shift in demand has ‘created huge bottlenecks in supply chains’ and noted the lines of ships at US ports waiting to unload goods. — Reuters pic

WASHINGTON, Oct 13 — Snarls in transportation and supply chains have led to rising prices and shortages of some goods, but US Treasury Secretary Janet Yellen yesterday urged Americans not to panic.

Price increases are not likely to last, and there should be plenty of products available for the holiday shopping season, Yellen said in an interview with CBS News.

“I believe it’s transitory,” Yellen said about the recent run up in prices.

“But I don’t mean to suggest that these pressures will disappear in the next month or two. This is an unprecedented shock to the global economy.”

Markets today will be watching for the latest government inflation report for September, after consumer prices hit an annual rate of 5.3 per cent in August.

Policymakers, including at the Federal Reserve, have said they expect inflation to ease, but a recent spike in oil prices to multiyear highs above US$80 a barrel has further fuelled worries the increases could be long-lasting.

Yellen said the shift in demand has “created huge bottlenecks in supply chains” and noted the lines of ships at US ports waiting to unload goods.

“We get the pandemic under control, the global economy comes back, these pressures will mitigate and I believe will go back to normal levels,” she said.

While “there may be isolated shortages” of some items in the coming months, Yellen said that “there is an ample supply of goods, and I think there’s no reason for consumers to panic about the absence of goods” for Christmas. — AFP