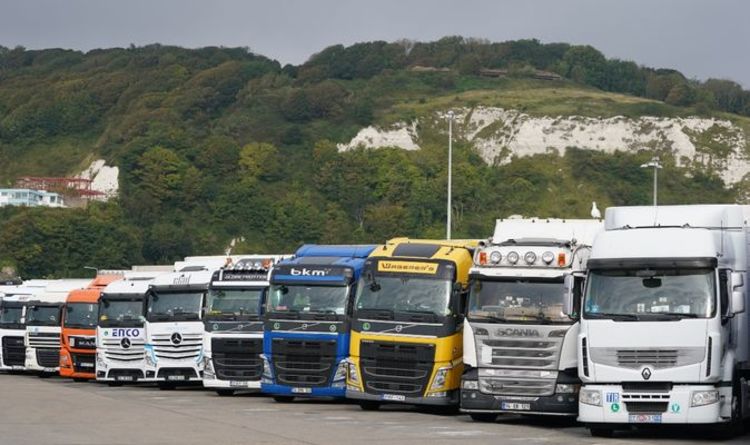 Analysis from i shows rather than Brexit or factors caused by the pandemic, a change to the tax code has caused truck drivers to leave the industry in large numbers. In April 2021, the Government changed the rules which decide whether someone who works for a company is considered an employee or contractor.

The rules known as IR35 or off-payroll working rules, previously allowed truck drivers to decide whether they were employees or contractors.

A large number of drivers classified themselves as contractors, which left them without protections of permanent employment but did provide them with a reduced tax bill.

Employees supported the measures as they did not have to give out employee benefits or pay National Insurance contributions.

However, the new changes give the power to employers to decide who is a contractor and employee with consequences if they are mistaken by HM Revenue and Customs (HMRC).

The pay effective pay fall has caused drivers to leave the industry.

EU drivers are among those leaving the industry and country after the removal of the tax breaks.

Driver David Foster told i: “I work for a company that lost at least 250 drivers due to the tax changes.

A HMRC spokesperson has commented on the change, they said: “The off-payroll working rules were designed to ensure individuals pay similar levels of tax regardless of the structure they work through. The changes in April 2021 do not introduce a new liability. They ensure the rules, which have been in place since 2000, are applied as intended.

“HMRC has offered extensive education and support to those implementing the changes, including tailored content to help the haulage and transport sector to comply.”

They added: “We proactively worked with transport industry representative bodies to understand their concerns and offered additional support to help with the understanding and implementation of the rules.

“We have also worked with cross-government partners to deliver an off-payroll webinar attended by over 40 industry representatives.”