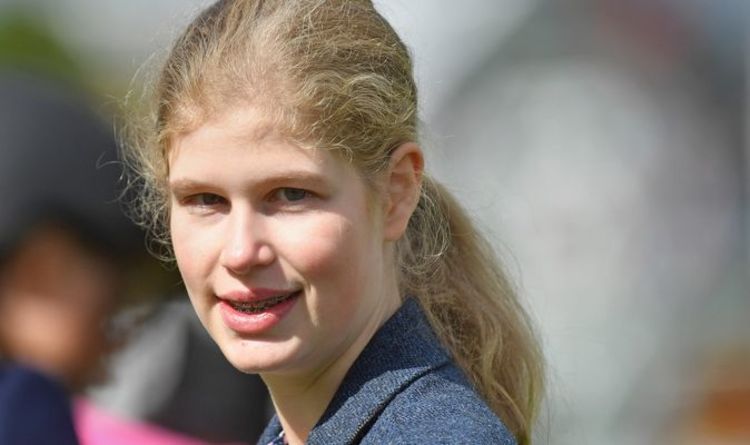 The two royals attended a live show in 2018 to watch Strictly Come Dancing and cheered on contestants, including Steps’ singer Faye Tozer and series winner Stacey Dooley. According to Strictly host Tess Daly, Lady Louise’s visit was part of the celebrations for her 15th birthday.

Tess Daly has presented the hit BBC One series since its inception in 2004. Strictly is currently airing its 19th season.

Speaking to Hello!, Tess explained: “It was lovely to have them there, we are very fortunate we have a few fans in the royal household… They did absolutely [get a backstage tour].

“Lady Louise was celebrating turning 15 and she said it was a treat to come and visit the show.

“She’s a big fan, herself and her mother.”

The host added: “They enjoyed all the action from the front row and they had a great night. It was great to welcome them.”

The Duke of Sussex said: “I’m so genuinely proud you are in this position now. You are not a dancer and it proves you can do anything you can put your mind to which is amazing.”

Lady Louise Windsor is expected to make a life-changing decision on her future within the royal family in time for her 18th birthday in November.

He said: “Because she’s the granddaughter of the Queen, Lady Louise can call herself a princess when she becomes 18… and there’s a strong argument for her doing it.

“She seems to be very mature for her age, and she’s shaping up to be precisely the kind of person the Queen can rely on in the future.”

Lady Louise Windsor lives at Bagshot Park with her parents Prince Edward and Sophie, Countess of Wessex and her brother James Viscount Severn.