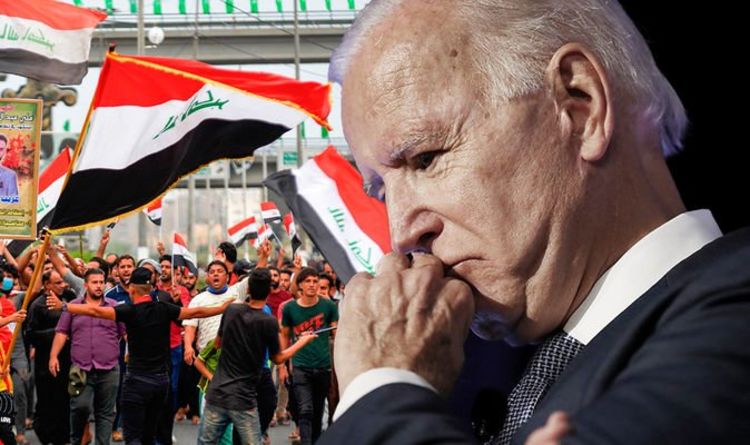 Supporters of populist cleric and politician Moqtada al-Sadr celebrated in the streets of Iraq last night after initial results revealed his party as the biggest winner. This year the country has been caught in the crossfires between Iranian-backed paramilitary groups and the US military. President Biden is under political pressure to leave Iraq after their Afghanistan exit.

And Mr Sadr wants to end US and Iranian influence over Iraq’s internal affairs and has promised a government free from foreign interference. He said on Monday: “It is time for the people to live in peace, without occupation, terrorism, militias and kidnapping.”

The election was brought forward from 2022 in response to unrest, which killed over 500 people, over government corruption.

Iranian-backed parties have long dominated politics in the country and their losses could see big implications and many contestations. The Fatah Alliance which represents pro-Iran militia, who have attacked US troops and assets in Iraq, lost more than half of its seats.

But the election is not over as no single group can secure a majority. It is likely there will be weeks of negotiations before rival factions agree on a new governing coalition.

THIS LIVE BLOG HAS NOW CLOSED