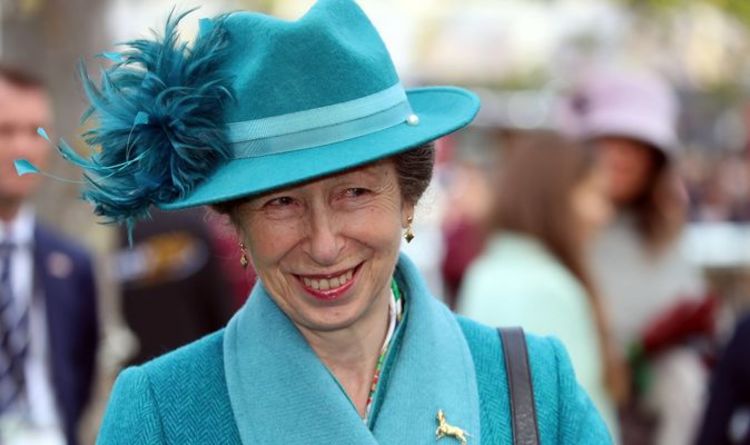 The Queen’s Green Canopy will be a lasting legacy of Her Majesty’s reign with a clear focus on the environment. People across the UK are being encouraged to plant a sustainable tree to commemorate the Queen’s Platinum Jubilee.

The Queen’s daughter Princess Anne took part in the Queen’s Green Canopy for the second time, as she dug a tree in at St Barnabas Church of England Primary School in Worcester.

Princess Anne is also believed to have spoken to the children and teachers at the school about the environment.

Alongside the planting of Jubilee Trees, the Queen’s Green Canopy, will put 70 ancient woodlands and 70 ancient trees into protection.

During her trip to Paris last week, Princess Anne also planted a Jubilee Tree at the British embassy and is the first Queen’s Green Canopy tree planted at a British embassy.

The tree planting follows after Chris Packham, an English naturalist, presenter and author, backed a popular petition asking the royal family to rewild their land in a bid to avoid being “guilty of hypocrisy”.

“We’re not trying to rebuild some utopian wilderness. We want to build a more strong, secure, sustainable environment, which integrates people, and a lot more wildlife.

“Imagine Balmoral in 20 years’ time if it was rewilded — what a jewel in the UK’s natural crown that could be.”

The petition, backed by Mr Packham, has already gained over 100,000 signatures and calls out Prince Chalres and Camilla for their lack of forest cover on their estate.

In a press release, the Wild Card campaign group said: “Despite the royals being increasingly outspoken eco-warriors, much of their land is considered by experts to be an ‘ecological disaster zone’, featuring degraded landscapes such as grouse moors and deer stalking estates.

“According to ecologists, royal land has in many places fewer trees and wildlife than the rest of the UK. For example whilst EU average tree coverage is 37%, Prince Charles’ own Duchy of Cornwall estate has only 6% tree coverage!”

Mr Packham continued: “Prince Charles has been talking about environmental conservation for a long time, something that I’ve always welcomed.

“The royal estates are constantly evolving and looking for new ways to continue improving biodiversity, conservation and public access to green spaces, as well as being home to thriving communities and businesses which form part of the fabric of the local community.”