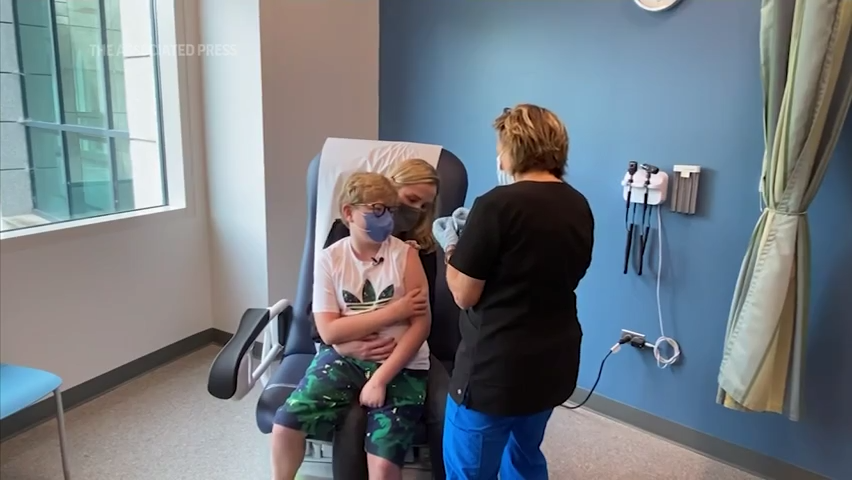 Jim Davis likes to look at a color-coded map from Harvard University of COVID-19 infection levels. Davis is CEO of University Hospital, and over the last few weeks counties in the Augusta and Aiken area that had been solid red with high levels of disease are slowly turning a calmer shade of orange.

“it’s a huge change coming across here,” he said. “I think this is great news for all of us.”

The number of COVID-19 inpatients in the Augusta area is taking a similar tumble. From a record high of 414 on Sept. 14 between the three Augusta hospitals and Aiken Regional Medical Centers, there were 213 on Friday.

“We’ve seen our numbers basically over the last 2-3 weeks cut in half, so that’s really good,” said Dr. John Farr Chief Medical Officer of Doctors Hospital of Augusta, which had 39 in the hospital on Friday.

Georgia saw a slightly smaller decline in new cases of 20% compared to 26% the previous week while South Carolina saw an accelerated decrease of 27% in new cases compared to 17% the week before, according to an Augusta Chronicle analysis of public health data.

Richmond County, however, saw a much bigger drop in new infections of 30% compared to 13% the previous week, as did Aiken County with a 22% decline compared to only 8% the week before, while Columbia County had a comparable decrease in new cases of 29% with 23% the week before, the analysis found.

Farr had predicted weeks ago a sharp decline in cases by the first two weeks of October, and that appears to be the case. The cause is probably a mixture of increased vaccination and more infected people acquiring immunity or some level of protection from exposure, Farr said.

Farr said he is “cautiously optimistic that we’ll see the case numbers and transmissions continue to go down. That’s good for us. There’s a delay always in cases in the public going down and then the hospitals clearing up” because patients tend to linger in the hospital. That was particularly true this time, where patients “are coming in and they stay because they just get sicker,” he said. “It’s a much different dynamic than what we saw the first time.”

“The viral load we get with the Delta variant is much higher (than the originali strain),” he said. “What’s (also) different this time is that it is those younger, healthier people who are also getting it.

In fact, much of new infections and many of those hospitalized patients are indeed younger.

The Georgia Department of Public Health has begun breaking down cases, hospitalizations and deaths by age group and comparing them to the same time period in 2020. Compared to the previous for the end of September, cases in children up to age four were 7.9 times higher, in ages 5-10 were 10.6 times greater, and in those 11-17 were 8.9 times more, according to an Augusta Chronicle analysis of the data. Cases in those 65 and older, by comparison, were about twice as high as the previous year, the analysis found. Hospitalizations were also up for those younger age groups, although they still made up a relatively small portion of all hospitalizations compared to older groups.

Related: COVID-19 wave continues to rise across Georgia and Augusta

The recent decline is probably a mixture of increased vaccination and more infected people acquiring immunity or some level of protection from exposure, Farr said. {moved up} But those under age 12 cannot be vaccinated yet, and that could leave them as potential reservoir for continuing transmission. Historically, young kids are good at that, Farr said.

“They more easily spread disease than the rest of us,” he said. Pfizer has asked for approval for its COVID-19 vaccine for those ages 5-11. If and when that comes, that will be good news, Farr said.

“That’s the next step is get the younger kids vaccinated,” he said. “Vaccination is the way out of this thing.”

“Even though our numbers are coming down,” he said, “it doesn’t mean it’s gone.”