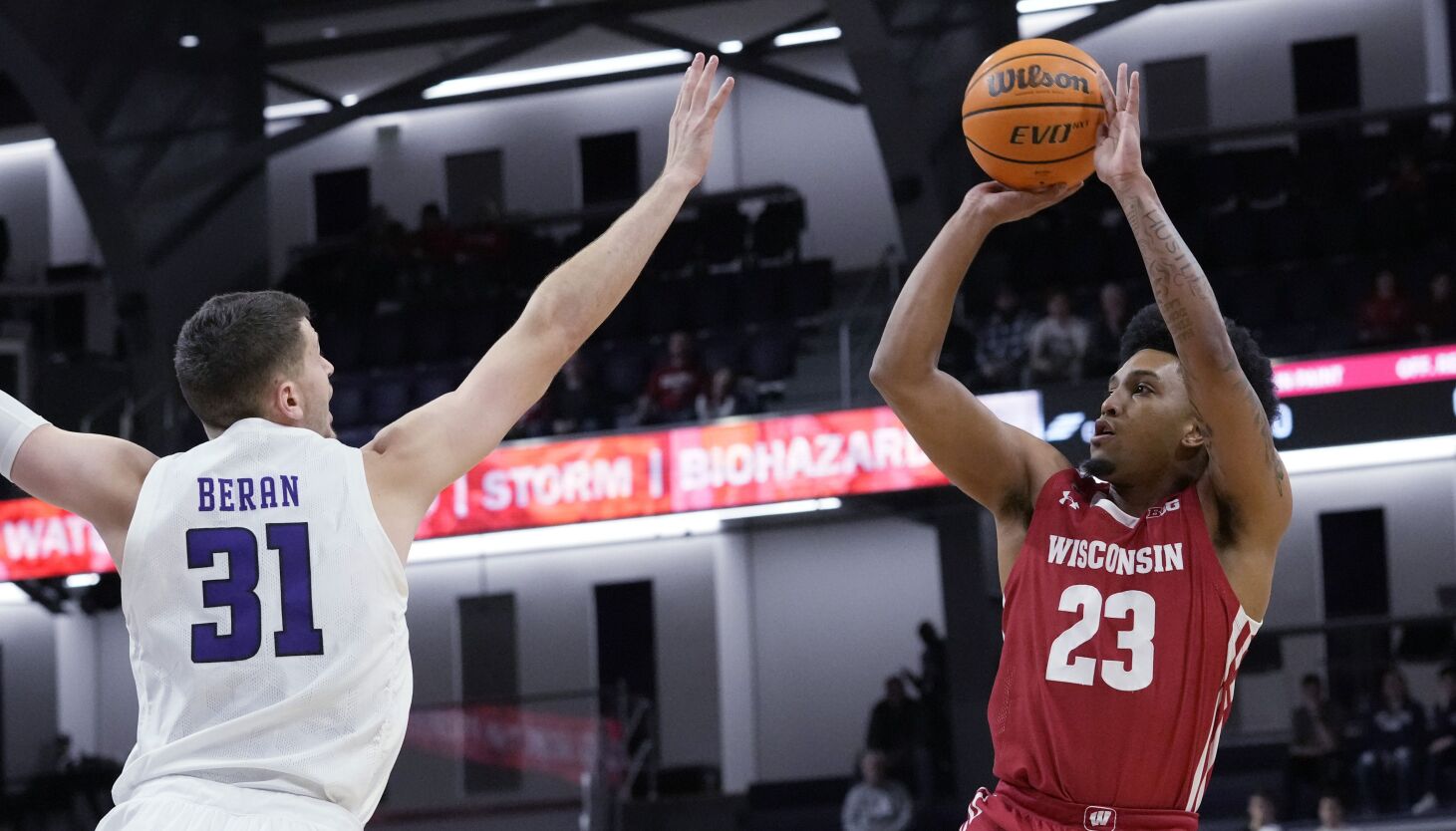 Neither team led by more than four points in the second half with 16 lead changes. Wisconsin struggled down the stretch, making just one of its final 10 shots from the field.

Matthew Nicholson, a 45.6% free-throw shooter, made two free throws with 2:18 remaining to give Northwestern a 64-62 lead. Neither team would score again until Robbie Beran, an 83% free-throw shooter, added two more at the stripe with 26.5 seconds left to give the Wildcats a two-possession lead.

Wisconsin missed 3-pointers on back-to-back possessions before Chucky Hepburn was fouled on a 3-pointer with 0.6 seconds left. Hepburn missed the first free throw, made the second and intentionally missed the third, but Nicholson secured the rebound.

Nicholson finished with seven points and six rebounds for Northwestern (13-5, 4-3 Big Ten). The Wildcats snapped a seven-game losing streak in the series with its first win against Wisconsin since Feb. 1, 2018.

Carter Gilmore tipped in a miss just before the halftime buzzer to get Wisconsin within 32-26 at the break and the Badgers started the second half on an 8-0 run to take their first lead since 2-0.

Northwestern hadn’t played since Jan. 18. The Wildcats play at Nebraska on Wednesday and against Minnesota on Saturday.