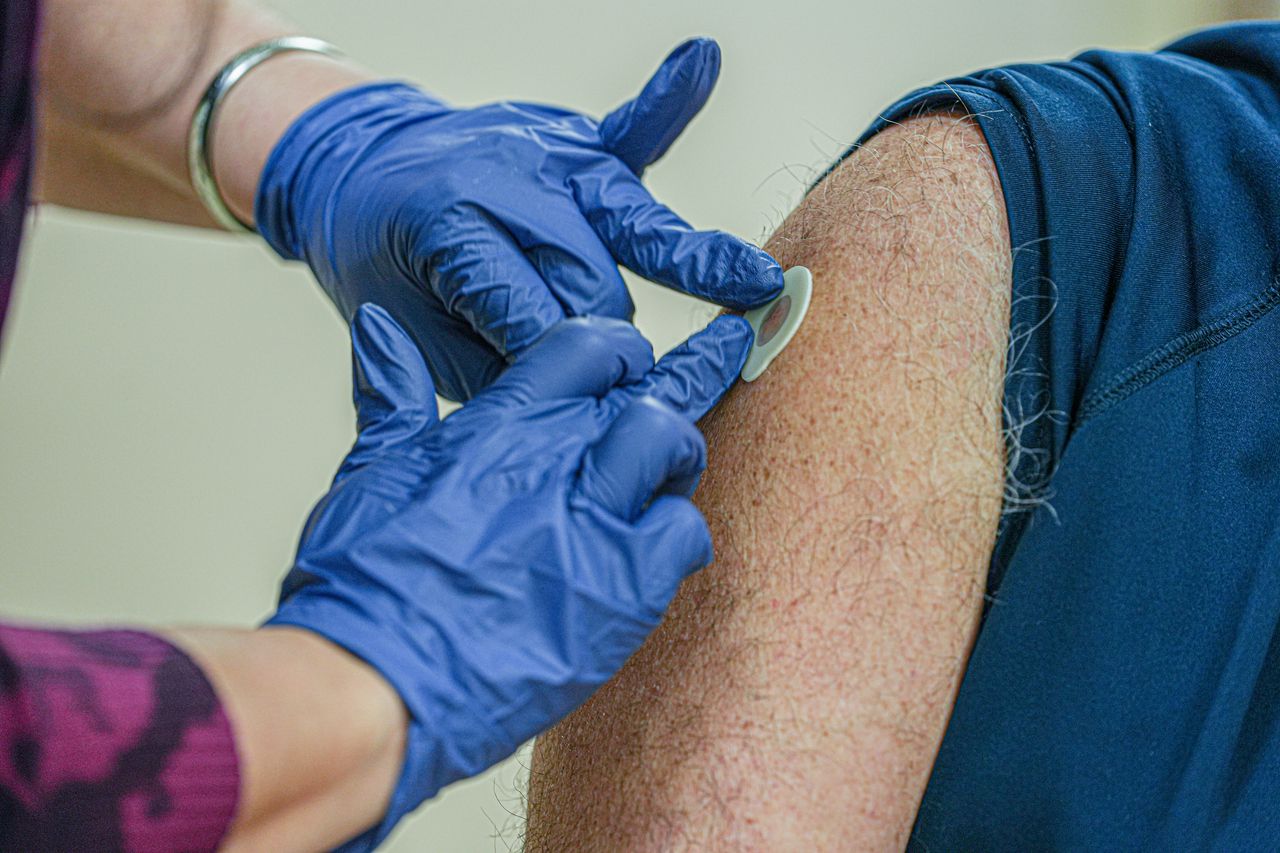 The state’s rate of transmission was 0.92 on Wednesday, according to the state Department of Health.

A transmission rate below 1 is an indication that each new case is leading to less than one additional case. When the transmission rate is 1, that means cases have leveled off at the current numbers. Anything above 1 means the outbreak is expanding.

There were 1,164 patients with confirmed or suspected coronavirus cases reported across the state’s 71 hospitals Wednesday. Of those hospitalized, 133 are in intensive care and 41 are on ventilators.

The statewide positivity rate for tests conducted Friday — the most recent day with available data — was 13.95%.

The Centers for Disease Control and Prevention considers positivity rates above 10% to be “high.” However, the positivity rate is substantially lower than its peak of 40.83% on Jan. 1 during the height of the omicron variant.

Fourteen counties remain in the high-risk category as reported by the Centers for Disease Control and Prevention (CDC) as of Thursday. They are: Atlantic, Bergen, Burlington, Camden, Cape May, Essex, Hudson, Ocean, Monmouth, Middlesex, Somerset, Union, Morris and Passaic.

The Garden State has also recorded 389,193 positive antigen or rapid tests, which are considered probable cases. And there are numerous cases that have likely never been counted, including at-home positive tests that are not included in the state’s numbers.

More than 7 million people who work, live or study in the Garden State have reached fully vaccinated status.

Over 7.89 million have received a first dose since vaccinations began in the state on Dec. 15, 2020.

More than 4.19 million people in the state eligible for boosters have received one. That number may rise after the Food and Drug Administration approved booster shots for healthy children between the ages of 5 and 11. U.S. regulators authorized the booster for kids, hoping an extra vaccine dose will enhance their protection as infections continue to spread.

Regulators have paused plans to authorize a second booster shot for adults under 50 this summer. Instead, they hope to revamp vaccines to target emerging subvariants by the fall.

At least 9,482 of the state’s COVID-19 deaths have been among residents and staff members at nursing homes and other long-term care facilities, according to state data on Wednesday.

Of the active outbreaks at 392 facilities, there are 5,592 current cases among residents and 5,908 cases among staff, as of the latest data.

As of Wednesday, there have been more than 586 million COVID-19 cases reported across the globe, according to Johns Hopkins University’s coronavirus database.

More than 6.4 million people have died because of the virus, the data shows.

Japan reported the most cases in the past 28 days, with more than 4.8 million as of Wednesday. The U.S. reported the second-most cases, with 3.3 million.

The U.S. has reported the most cumulative COVID-19 cases (more than 92.3 million) and deaths (at least 1.03 million) of any nation.

There have been more than 12 billion vaccine doses administered globally.

Our journalism needs your support. Please subscribe today to NJ.com.

Nicolas Fernandes may be reached at nfernandes@njadvancemedia.com.