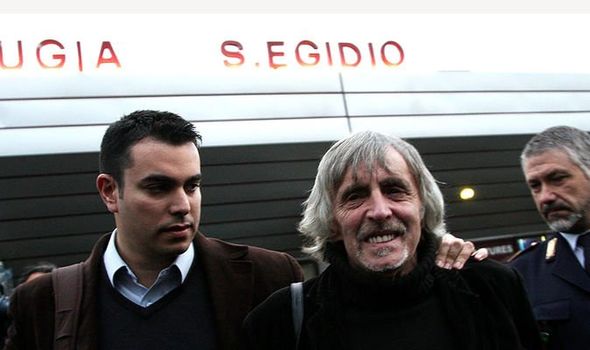 John Kercher, 77, was found in the road with two fractured legs, a broken arm and a head injury. He died in hospital nearly three weeks later. Police have been unable to establish why John was on the road and a pathologist said it was possible he was hit by a car.

Scotland Yard initially said John died in a suspected hit-and-run, but later said he had died of a fall.

However, a coroner was not able to rule whether the death was an accident and delivered a narrative conclusion, noting that John suffered from chronic obstructive pulmonary disease (COPD) and had developed pneumonia in hospital.

John’s daughter Meredith was murdered in 2007 while studying abroad in the Italian town of Perugia.

Her housemate Amanda Knox was twice convicted and twice acquitted of her murder and spent four years in prison along with her former boyfriend, Raffaele Sollecito.

Another man, Rudy Guede, was also convicted of the murder and was released in December last year after serving a 16-year sentence.

A Kercher family spokesman said at the time of John’s death: “We loved him dearly and he is going to be very sorely missed.” 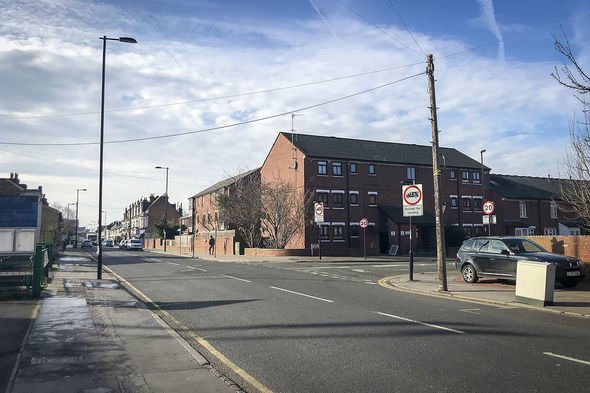 Windmill Road in Croydon where it is reported John Kercher was injured in a hit and run (Image: Adam Gerrard/Getty)

An inquest into John’s death heard the freelance journalist was found by passers-by near his home in Croydon, south London, on a “dark, wet and windy” night in mid-January last year.

He was “conscious but confused” and did not know why he was on the ground, the court heard.

He said it would not have been unusual for his father, who lived in Croydon with his partner, to have gone out to buy “a bottle of wine or a packet of cigarettes” from the local shop.

Detective Superintendent Zoe Hendrick told the court a lack of witnesses and clear CCTV footage made it difficult to establish how John came to be on the road.

She told the inquest: “Witnesses had come across him after a bus driver stopped and went over to him in the street.

“There was torrential rain, it was dark and appeared to be windy on the body worn footage.

“Officers checked CCTV but there appears to be nothing on there indicating what happened in the incident.

“Further CCTV inquiries were carried out by the police extensively along the stretch of road his proposed route there and where he ended up. Unfortunately due to the weather conditions – dark and rain and bright lights ‑ it’s not possible to identify how he came to be in the street.

“We also conducted extensive door to door enquiries to look for witnesses who may have witnessed what happened but nothing further came to light to identify that.

“We also completed a media appeal to establish whether anyone witnessed what happened but none were identified.”

John was taken to hospital and in the following days, had surgery for his injuries and was intubated and ventilated. 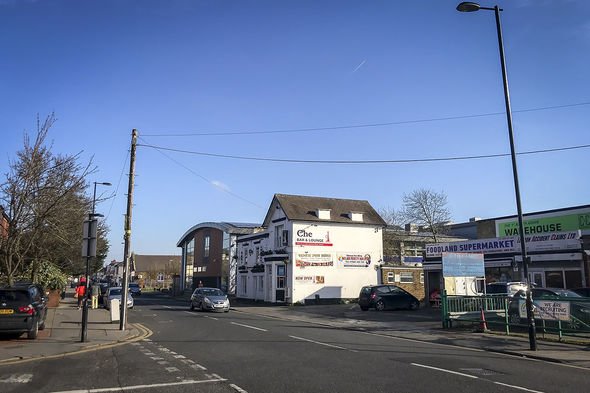 A post-mortem found John had a traumatic brain injury, fractures in both legs, a fracture in the upper left arm, a fractured rib, and had several injuries to the left side of his face including to his cheekbone and eye socket.

The court heard the injuries were consistent with a “rotational mechanical fall” and an “awkward and off-balancing landing”.

A pathologist found John died from pneumonia as a result of multiple traumatic injuries.

But Dr Charlotte Randall concluded: “Whilst possible the injuries may have occurred as a result of a mechanical fall, being struck or clipped by a motor vehicle can’t be excluded and the police must be satisfied they have fully explored from an investigative point as far as reasonably possible.”

The coroner said John’s COPD would have worsened while immobile from his injuries in hospital and contributed to developing a chest infection.

Assistant coroner Dr Julian Morris said: “Despite a complete withdrawal of all sedative drugs and multiple investigations, John didn’t really regain much significant recovery of his levels of consciousness.

“It was clear John would sadly not survive and at that stage further decisions were made within the family and treatment would be withdrawn and end of life care provided. Sadly John died at 9.25am on February 1.

“The COPD would have greatly affected his ability to breathe and is the likely direct cause of his death having occurred as a result of his hospital admission on January 13.”

Lyle Kercher said: “Before the surgery I visited him pretty much every day ‑ he was fairly lucid and we had a fairly good conversation.

“Something that always felt a bit unanswered to us was what happened at that point from a medical perspective.

“But I gather this is simply a case of his body and all the things he had going on with it prior to the incident were effectively struggling to keep together while intubated and ventilated.”

The coroner said: “Your father had COPD for which he took inhalers and one of the difficulties with that is if you lie still for periods of time what you are not doing is removing the secretions that naturally occur in the lungs.

“Sadly after a period of time of immobility, his body was unable to fight off the worsening of the chest infection and the development of the infection.”

Delivering a narrative conclusion, Dr Morris said: “On the evening of January 13, 2020, John left his home and was found injured conscious but confused in the street.

“Police, despite extensive investigations, were unable to find how he came to be on the floor. His injuries were treated in hospital but required increased respiratory support.

“He had to be intubated and received a tracheostomy. Despite stopping sedation he did not awaken. He entered the end of life pathway and sadly died at 9.25am on February 1.”