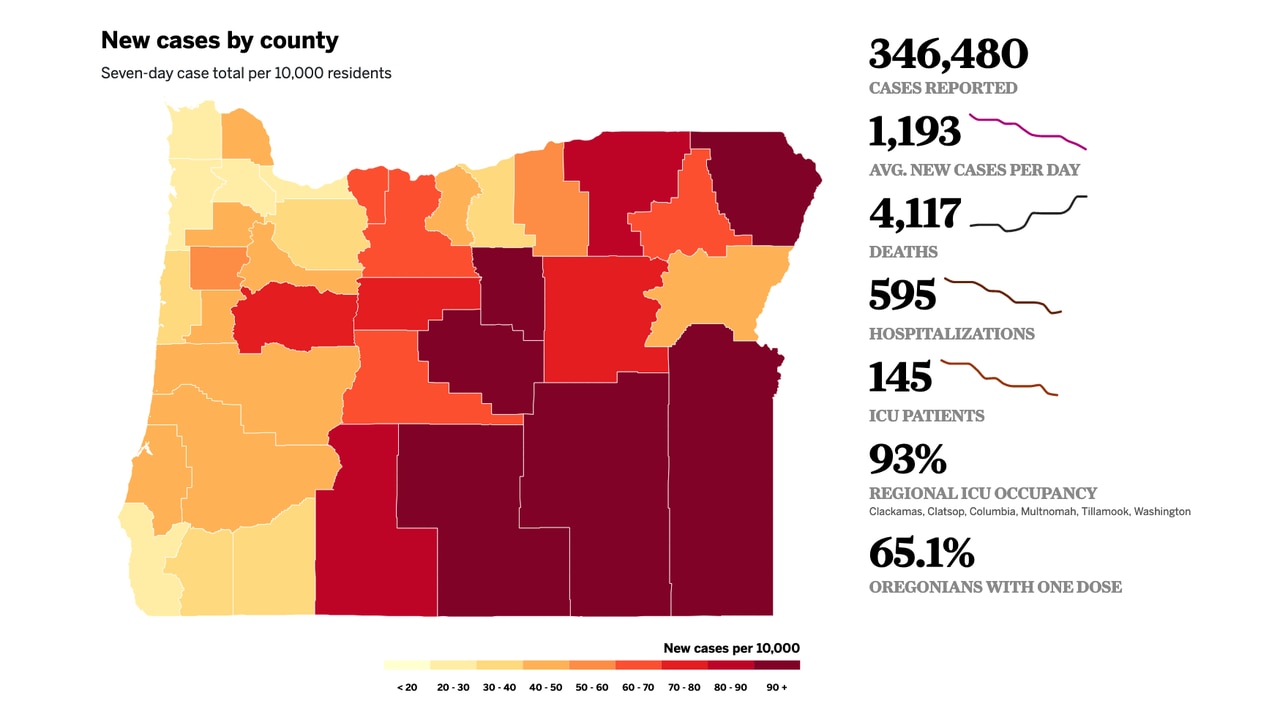 At least 610 Oregonians died from COVID-19 complications in September, marking the highest fatality count of any month of the pandemic.

The death tally grew Wednesday as the Oregon Health Authority announced 1,278 cases and 33 new fatalities connected to COVID-19, including 15 deaths that occurred in September. That pushed last month’s total past the previous record of 606 deaths set in December, according to state data.

The new fatality record underscores the carnage from a summer coronavirus surge fueled by the highly transmissible delta variant. Oregon’s deadliest span from 2020 occurred before vaccines were widely available.

But the state set new highs for cases and hospitalizations this summer. The virus ripped through parts of the state with low vaccination rates and ultimately cost more Oregonians their lives.

Deaths have slowed in October but are still on pace to be at least the sixth highest of the pandemic.

Who died: The state did not immediately release death information.

Hospitalizations: 595 people with confirmed cases of COVID-19 are hospitalized, up 10 from Tuesday. That includes 145 people in intensive care, down four from Tuesday.

Vaccines: 2,793 people have been reported newly vaccinated since Tuesday.

Since it began: Oregon has reported 346,480 confirmed or presumed infections and 4,117 deaths, among the lowest per capita numbers in the nation. To date, the state has reported 5,283,388 vaccine doses administered, fully vaccinating 2,560,340 people and partially vaccinating 216,207 people.