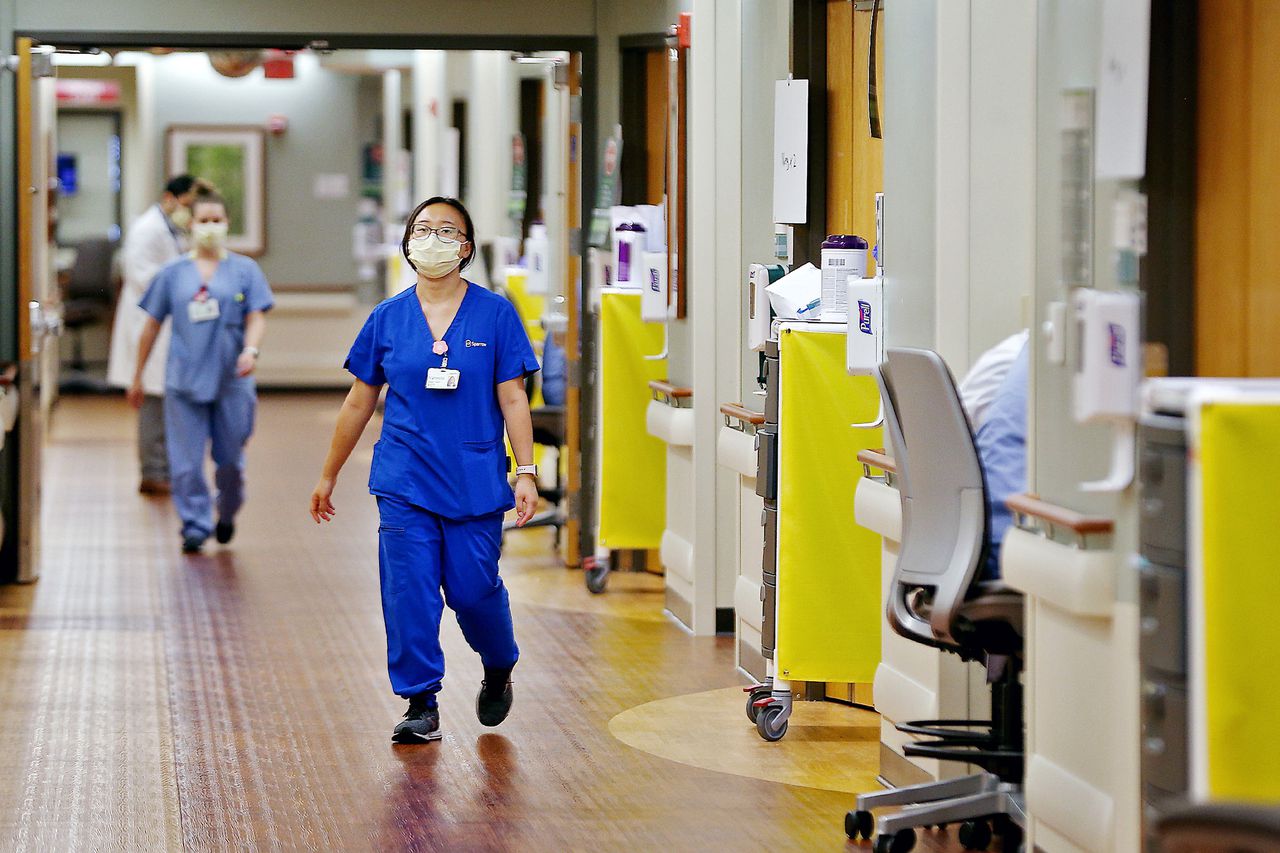 Michigan’s fourth major wave of coronavirus infections has cases, deaths, hospitalizations and positive test rates continuing to rise into October while large chunks of the nation are starting to see some relief.

Over the last three weeks, the nation’s seven-day average for new daily COVID-19 cases dropped almost 41%, according to data compiled by The New York Times. Daily case rates are flat or declining in 40 states, and with those declines comes an easing of hospital strains.

Meanwhile, Michigan is one of 10 states that have seen an increase in daily case rates in recent weeks. Its daily cases have increased 23% over the last two weeks — ranking fourth in the nation — and 45.9% over the last three weeks.

In terms of new cases per 100,000 residents, Michigan ranks 18th highest. Not long ago, it sat at the bottom of the list.

The southern region of the country was leading in COVID-19 cases throughout most of the summer, but the Midwest recently surpassed it this month, now trailing only Alaska, which is experiencing its largest spike of the pandemic in recent weeks.

All 83 counties in Michigan are considered a high risk for COVID transmission based on case and positive test rates. The same can be said for 92.6% of the nation’s counties, leading transmission within the remaining counties graded substantial (3.88%), moderate (2.42%) or low (0.96%).

However, health officials from the CDC and University of Michigan’s School of Public Health have both established models that predict a slowing of the current rate of increase, or even a plateauing of new cases in mid-to-late October. The projections look at historical COVID data, plus mobility trends and vaccination rates.

As of early October, Michigan trailed Indiana, Ohio, and Wisconsin in daily cases per million people, and it led Pennsylvania and Illinois. The University of Michigan’s ridge regression models predict that same ranking for Michigan, with Indiana climbing highest, followed by Ohio and Wisconsin.

Locally, those models project that the Upper Peninsula will see the most significant increase in new daily cases per million people by Halloween, followed distantly by the Grand Rapids, Saginaw and Traverse City regions. The models predict that the Detroit region will see the slowest increase and fewest daily cases per capita over that time, followed by the Kalamazoo, Lansing, and Jackson areas.

Nationally, new COVID deaths topped out for the latest wave around 2,087 per day on Sept. 20. It has since slid down to 1,829 per day as of Monday, Oct. 4, according to data compiled by the New York Times.

The state’s latest average for reported deaths per day (34) is the highest since May 28, and indicates a 62% increase over the last two weeks.

Nationally, hospitalizations have been on the decline since early September. After surpassing 100,000 COVID patients at a given point this summer, the U.S. entered October with less than 75,000 in hospital beds.

Meanwhile, those rates are still climbing in Michigan. The state ranks 37th in daily COVID hospitalizations per 100,000 people, and it has had the third-largest percentage increase over the last 14 days, trailing only North Dakota and Pennsylvania.

Michigan’s hospitals were treating 1,815 patients with confirmed or suspected cases of COVID-19 as of Monday. That’s up from 1,415 such patients a month ago.

Hospitals continue to plead with and encourage residents to get vaccinated as a means to reduce strains on health systems and limit the number of severe cases of coronavirus infection. Many of the state’s hospitals are heading toward total patient counts — including non-COVID patients — that resemble what they saw during the spring 2021 surge.

As for vaccinations, Michigan ranks 26th among states based on its fully vaccinated population (53%), which is below the national average (56%). Vermont leads the way with 70%, while West Virginia comes in last at 41%.

To find a vaccine near you, visit Michigan’s COVID-19 vaccine website or go to VaccineFinder.org.

Learning to live with COVID: When and how can fully vaccinated people get on with their lives?