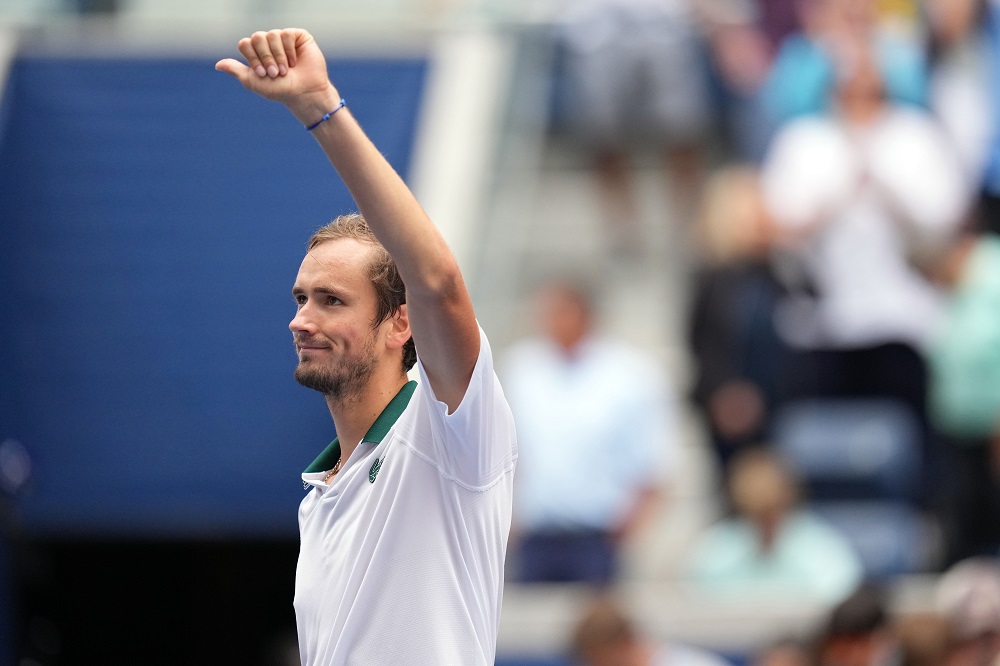 INDIAN WELLS, Oct 12 — US Open champion Daniil Medvedev reached the fourth round at Indian Wells with a 6-2 7-6(1) victory over Serbia’s Filip Krajinovic on Monday and said he was pleased to reach 50 wins this season.

The top-seeded Russian took to the court following a long rain delay and wasted no time in showing the kind of form that earned him a maiden Grand Slam title last month, going 4-0 up before taking the opening set.

Krajinovic fought back in the second set to lead 4-2 before Medvedev found his groove to force a tie-break, which he dominated to claim the win.

“I feel like I’m trying to play a little bit less … just playing the biggest tournaments, or the ones that will get me back into shape,” Medvedev said.

“So I’m really happy that I managed to get 50 (wins). It means I was doing pretty good in a lot of them.

“Filip is a really tough opponent. He’s always playing top tennis, tough matches, especially that second set. There were a lot of ups and downs, but a great level from both.”

Up next for world number two Medvedev is Grigor Dimitrov, who beat American Reilly Opelka 6-3 6-4 earlier in the day.