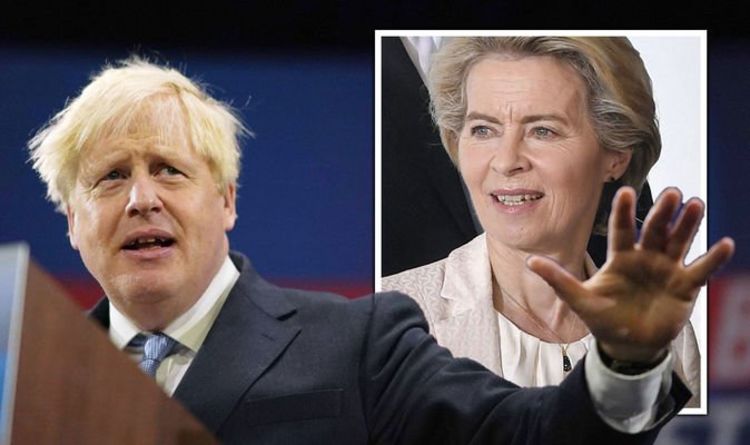 This has enraged Westminster and the province’s Unionist community alike for fracturing the UK’s internal market by creating a border in the Irish Sea.

Brexit Secretary Lord Frost has repeatedly called on the EU to come back to the negotiating table and offer “significant” amendments.

EU Commissioner Maroš Šefčovič insisted that the EU is prepared to offer “very far-reaching” changes to the current situation.

But observers believe these apparent concessions will not be enough to stop the ongoing spat between the two escalates.

JUST IN  Brexit LIVE: Frost throws down gauntlet to EU as he drops FIVE bombshells on Brussels

“He agrees on this with the EU Commissioner Maroš Šefčovič, who is responsible for the Brexit talks.

“The British government has been pushing for changes in the rules for imports and exports from the British Isles to Northern Ireland for months.

“The protocol, which was fought long and hard during the Brexit negotiations, seeks to avoid a land border and the associated controls on the transport of goods on the Irish island.

“Northern Ireland is de facto subject to EU regulations in many respects.

“Instead, controls take place in UK intra-British trade when importing into Northern Ireland, in order to prevent goods from ending up in the EU unchecked on their way via Ireland.

“In the past few days, the EU has signalled that it will ease the controls.”

She added: “At some point, however, it will no longer be possible to respond to these demands without endangering the integrity of the internal market.

“And I think we are very close to that point.”