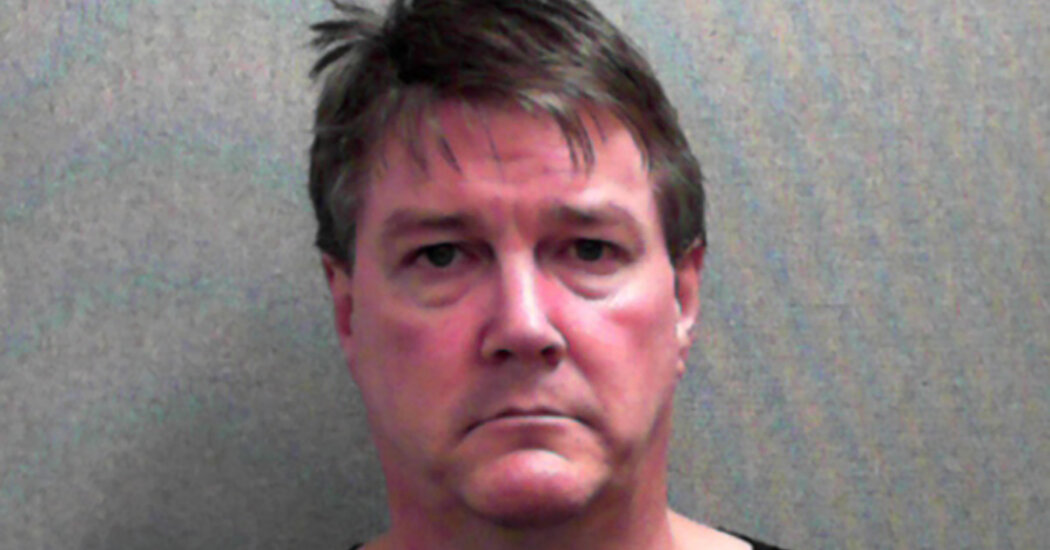 Three weeks after he had been charged with trying to fraudulently obtain Covid-19 relief loans, David A. Staveley escaped by faking his own suicide, prosecutors said.

He cut off his electronic monitoring bracelet and left suicide notes with friends and family members, including his 80-year-old mother, prosecutors said. He also left his wallet and a suicide note in his unlocked car, which he parked by the ocean in Massachusetts, federal prosecutors said.

Many of his family members believed he had died by suicide, although “the ones who knew him best informed law enforcement that they suspected this to be yet another scheme orchestrated by” Mr. Staveley, prosecutors wrote in a court filing.

On Thursday, Mr. Staveley, 54, of Andover, Mass., was sentenced to 56 months in prison. He had pleaded guilty in May to one count of conspiracy to commit bank fraud and one count of failing to appear in court, prosecutors said.

In May 2020, Mr. Staveley and an associate became the first people in the country to be charged with fraudulently seeking loans under the Paycheck Protection Program, which was intended to help small businesses crushed by the pandemic, according to the U.S. Justice Department.

Since then, the program has been repeatedly targeted by fraud schemes. The department reported in March that at least 120 people had been charged with fraud connected to the program. A recent academic working paper estimated that about $76 billion of the program’s $800 billion in loans might have been taken improperly.

Prosecutors said that Mr. Staveley and his associate, David A. Butziger, 53, of Warwick, R.I., had tried to defraud the program by submitting fraudulent applications for $543,959 in forgivable loans for restaurants that were not in business and, in one instance, in which Mr. Staveley had no ownership interest.

Although Mr. Staveley was ultimately thwarted in his attempt to obtain Paycheck Protection funds, “there can be no question that his intention, at the very beginning of the pandemic, was to exploit the national crisis for his own advantage,” prosectors wrote in a court filing.

Mr. Butziger is scheduled to be sentenced on Nov. 1.

Mr. Staveley’s lawyers did not immediately respond to messages on Saturday. One of them, Jason Knight, had asked the court for compassion, saying that Mr. Staveley had post-traumatic stress disorder that could be triggered by incarceration, WJAR reported.

Mr. Staveley’s mother, Judith Sanborn, testified that she would help her son become a productive citizen again, the television station reported. “He has paid dearly for his mistakes,” she said.

Mr. Staveley staged his suicide on May 26, 2020, prosecutors said, and was caught by U.S. marshals on July 23, 2020, in Alpharetta, Ga. While on the run, he had changed his phone number at least five times and had used false identities and stolen license plates, prosecutors said.

The manhunt wasted law enforcement resources, prosecutors said. After Mr. Staveley’s car was found near the ocean in Massachusetts, the authorities sent a search-and-rescue boat into the water to look for his body, prosecutors said.

U.S. marshals also “worked tirelessly” to track down Mr. Staveley, prosecutors wrote, even when there “was uncertainty as to whether Staveley had indeed committed suicide.”

Prosecutors said Mr. Staveley had tried to “explain away” his decision to cut off his electronic monitoring bracelet by blaming Mr. Butziger. Mr. Staveley claimed, according to prosecutors, that Mr. Butziger had told him to remove the bracelet and “drive south.”

Mr. Staveley “simply seems incapable of taking full responsibility for his own choices in life,” prosecutors wrote. “No one forced him to defraud the government in the midst of a national crisis. No one forced him to stage his own suicide and abscond.”