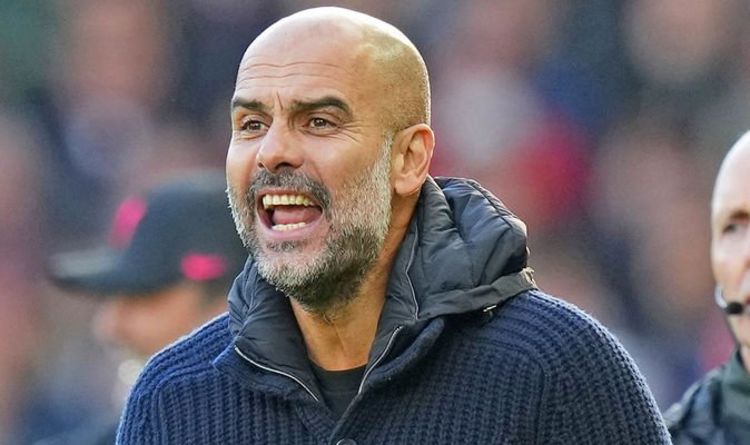 Manchester United are, once again, going through a rocky period under Ole Gunnar Solskjaer. The Norwegian is the fourth manager they’ve appointed since Sir Alex Ferguson’s retirement in 2013. And things could have worked out extremely differently had they been successful in appointing Pep Guardiola.

In 2013, Ferguson steered United to the Premier League title.

But it was to be a parting gift, with the Scot then retiring after deciding to spend more time with his family.

In the years since, United have fallen. And, these days, it’s Solskjaer who has the job of steering them back to the top.

Things under the Norwegian have been rocky of late, however. With the club failing to win four of their last six matches across all competitions, questions are being asked again.

And life at United would have been extremely different had they been able to acquire Guardiola’s services back in 2013.

These days, the Spaniard is working wonders at Manchester City.

THINK YOU KNOW SPORT? Test your sporting knowledge with our tricky quiz

He’s won three Premier League titles at the Etihad Stadium, as well as four Carabao Cup trophies and the FA Cup in 2019.

But, had a phone call with Ferguson gone differently, he’d have taken over at Old Trafford in 2013 instead.

The Scot, writing in his autobiography Leading, said: “I had dinner with Pep Guardiola in New York in 2012, but couldn’t make him any direct proposal because retirement was not on my agenda at that point.

“He had already won an enviable number of trophies with Barcelona…and I admired him greatly.

“I asked Pep to phone me before he accepted an offer from another club, but he didn’t and wound up joining Bayern Munich in July 2013.”

Conte’s comments on Tottenham job with Nuno under fire

“When we started the process of looking for my replacement, we established that several very desirable candidates were unavailable,” he said.

“It became apparent that Jose Mourinho had given his word to Roman Abramovich that he would return to Chelsea, and that Carlo Ancelotti would succeed him at Real Madrid.

“We also knew that Jurgen Klopp was happy at Borussia Dortmund and would be signing a new contract.

“Meantime, Louis van Gaal had undertaken to lead the Dutch attempt to win the 2014 World Cup.”

In the end, United went for Moyes.

Ferguson told supporters to back the current West Ham boss, acknowledging it would be a tricky adjustment period.

But he lasted just 10 months before Van Gaal came in, with Jose Mourinho then appointed as the Dutchman’s successor in 2016.

Solskjaer, as mentioned above, is coming under fire.

But the United boss insisted recently that he was confident he’d be able to turn the situation at Old Trafford around.

“It’s the same question that was asked after Wednesday night,” he said.

“I’m very confident that we will get the best out of this squad.

“A lot has happened this month and we’ve had Raphael [Varane] and Jadon [Sancho] with us since August, and Cristiano [Ronaldo] since September.

“We’ve got loads to work on and we need to improve, we know that and I know that, but I do believe in this group of players and the coaching staff that I’ve got. So, the short answer is yes.

“The proof is in the pudding, we need results and you have to turn up.

“You can’t say ‘we did well against City and Tottenham last year’, we have to do it during the 90 minutes, whoever plays.

“That’s the challenge, because every game in the Champions League and Premier League is a big game against a good team and every game as Manchester United is a potential banana skin, as we’re expected to win every one.”