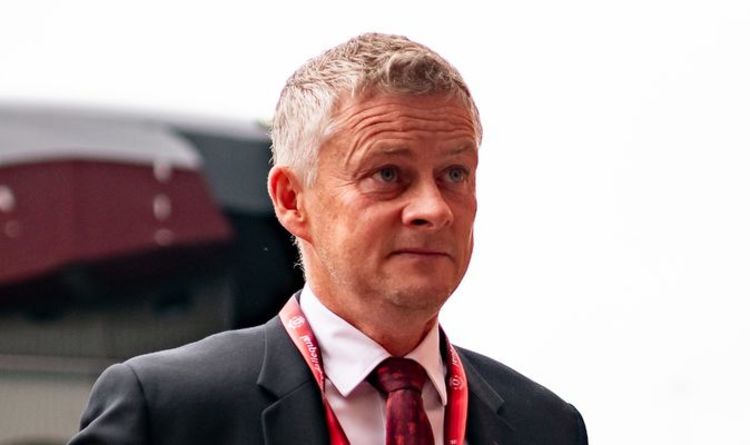 Manchester United’s preparation for Saturday’s Premier League clash against Leicester City hit an unexpected bump on Friday. United planned to travel to the King Power Stadium in the team coach as usual, but Ole Gunnar Solskjaer and his squad were forced to take an alternative route – through the skies.

Solskjaer’s side have won just two of their last six games in all competitions amid mounting pressure on his status as manager.

Leicester pose as the first of a long sequence of tough opponents until the end of November in what will be a crucial run for many reasons.

After the Foxes, United face Liverpool, Tottenham Hotspur, Manchester City, Watford, Chelsea and Arsenal in their next six league games.

JUST IN: Ronaldo named as one of two big Man Utd problems for Solskjaer

As pressure mounts on Solskjaer, he’ll be desperate for his side to show up on Saturday and produce a statement performance at the King Power.

United should be without both first-choice centre-backs Harry Maguire and Raphael Varane, which will be a major concern.

But the visitors will be boosted by Marcus Rashford’s return from a lengthy injury lay-off after shoulder surgery in the summer.

The 23-year-old forward is yet to feature this season but could start against Leicester in an attack which should see Cristiano Ronaldo brought back into the team.