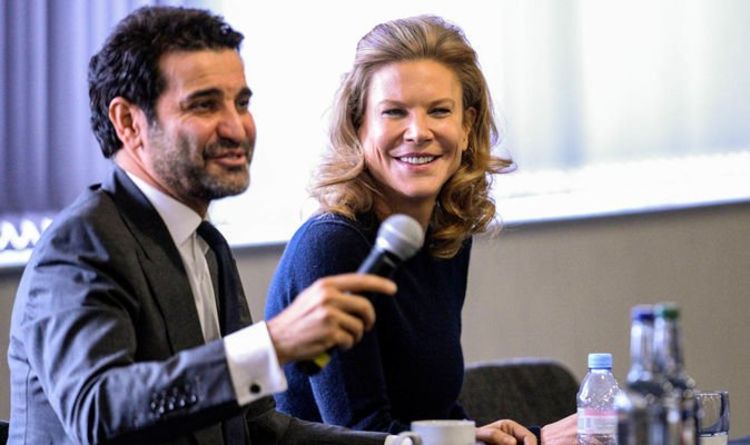 Manchester United, Arsenal, Liverpool and Tottenham tried to block Newcastle’s takeover, according to reports. The Toon are now ruled by Mohammed bin Salman after he purchased the club from Mike Ashley. But their Premier League rivals are far from happy.

Newcastle have been in a state of delirium over the past few days.

Their takeover was officially confirmed on Thursday, with the Premier League saying in a statement: “The Premier League, Newcastle United Football Club and St James Holdings Limited have today settled the dispute over the takeover of the club by the consortium of PIF, PCP Capital Partners and RB Sports & Media.

“The legal disputes concerned which entities would own and/or have the ability to control the club following the takeover. All parties have agreed the settlement is necessary to end the long uncertainty for fans over the club’s ownership.

“The Premier League has now received legally binding assurances that the Kingdom of Saudi Arabia will not control Newcastle United Football Club.

“All parties are pleased to have concluded this process which gives certainty and clarity to Newcastle United Football Club and their fans.”

THINK YOU KNOW SPORT? Test your sporting knowledge with our tricky quiz

Staveley has admitted she wants Newcastle to be the best of the best, telling The Sun: “We are in the market to compete for world-class players.

“We have great ambitions — I hope it’s going to be a game changer for Newcastle United.

“But if you don’t put the infrastructure around that world-class player and you don’t have a team that can play with him, you’ll get nowhere.”

She added: “The training ground is really awful and needs a huge amount of investment.

“Luckily, that is one area we are not restricted by Financial Fair Play.

“There is no point in having fantastic players if there is nowhere for them to train.

“To get to the top of the Premier League you need a strong foundation, not just great players. They need to be robust and we need to build them.

“We also want to invest in St James’ Park — it needs a little bit more love.”

She added: “They’re unique. Why? They’re passionate, they’ve got heart and they’re brave — and I love people who are brave and honest.

“That’s how I built my business, being passionate and not giving up.

“And that is definitely how I want the team to play.

“When doing the deal, at fans’ forums, I was always amazed and so impressed with them. I am a Northerner, a local girl, so I appreciate what it means.

“We already have some world-class players but we want to make sure they have the support around them.

“They should not be 19th and we need to challenge that straight away.”