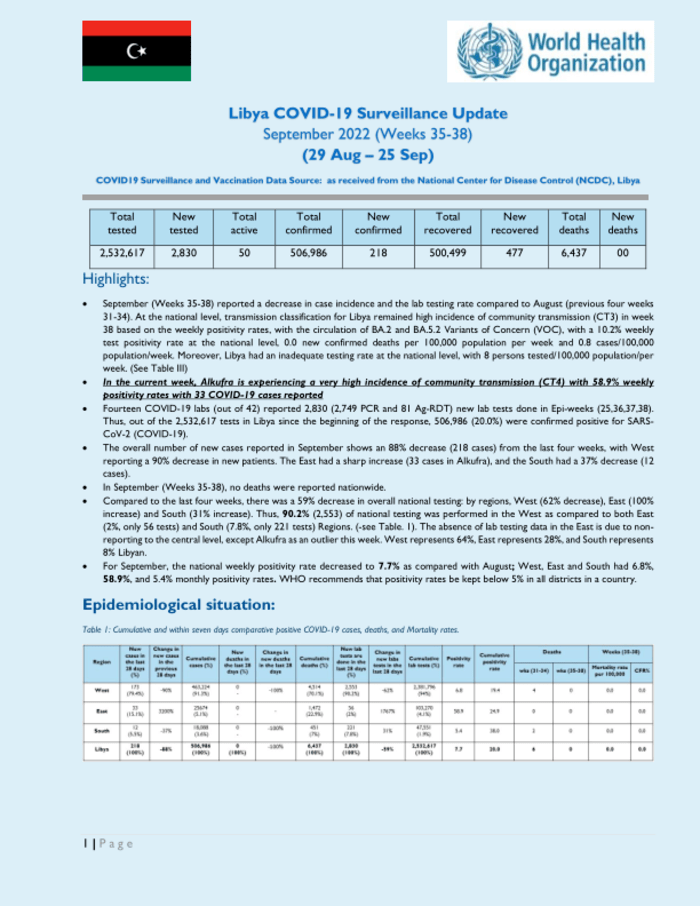 • The overall number of new cases reported in September shows an 88% decrease (218 cases) from the last four weeks, with West reporting a 90% decrease in new patients. The East had a sharp increase (33 cases in Alkufra), and the South had a 37% decrease (12 cases).

• In September (Weeks 35-38), no deaths were reported nationwide.

• For September, the national weekly positivity rate decreased to 7.7% as compared with August; West, East and South had 6.8%,