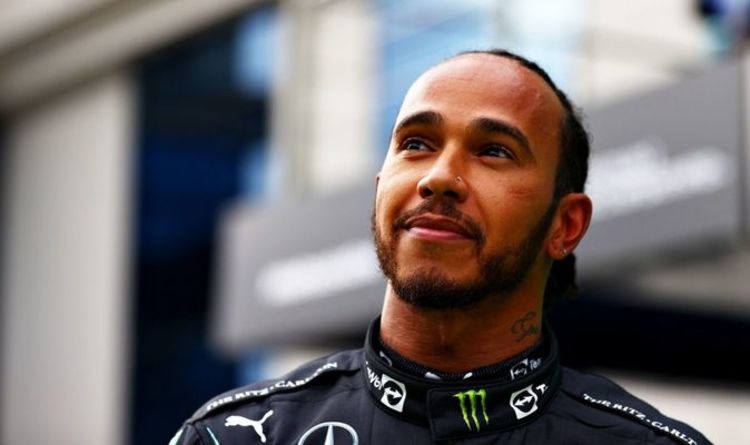 Lewis Hamilton’s Turkish Grand Prix decision has been branded as “dangerous” by the F1 tyre supplier Pirelli after refusing to pit for new intermediate tyres in the latter part of the race. Running in third place, the seven-time world champion was called in by his race engineer to swap his tyres for a new set of intermediates, with the grooves wearing down significantly during his stint.

With the tyres over 40 laps old, Mercedes race engineer Peter Bonnington called Hamilton into the pits, yet the 36-year-old initially refused the team’s request.

Although the tyres were over 40 laps old, Hamilton refused Bonnington’s request to come into the pits and maintained it was better to stay out on his current set.

Eventually, with virtually the entire grid on new tyres bar Alpine’s Esteban Ocon, Hamilton trundled to the pits on lap 51 of 58.

However, the late gamble didn’t pay off for Mercedes, and Hamilton was left fuming over the radio that the team had made the wrong choice bringing him in.

Despite Ocon finishing the race without a pitstop, Pirelli’s Head of F1 Mario Isola believes it would have been a very risky punt for Mercedes and Hamilton to also do so.

“Looking at the tyres after the race, I would say no or at least it was really at the limit,” Isola told Sky Sports. “The wear of the tyres, especially at the end of the race, they were running basically on the construction. It is a bit dangerous to push the boundaries like today. I fully understand that in a race condition they have to maximise the result.

“I believe that every car is different so the level of wear is different and depending also during the race how much they push but more or less the tyres were with exposed cords.”

After starting 11th thanks to a 10-place grid penalty for changing his engine ahead of Friday’s practice session, Hamilton carved his way through the pack, finding himself up in third after a brilliant battle with Red Bull’s Sergio Perez.

But after facing the tough call, Hamilton rejoined in fifth place and the gamble to pit so late didn’t pay off, with the seven-time world champion struggling to get past the Ferrari of Charles Leclerc.

“The tyres are bald so you don’t know how far they’re going to go and so there is definitely the worry of the life of the tyre but also I wasn’t really that fussed at the end there,” Hamilton told Sky Sports F1.

“I was struggling, had low grip, I’m not really sure why. But then all of a sudden I would have not bad pace.

“So I was losing performance to the guys behind but I think probably in hindsight I should have either stayed out or come in much earlier because when you come in with eight laps to go, you don’t have time to go through the graining phase of that medium tyre on a drying track.

“So then I went through this whole sliding phase where I nearly lost more positions so it was a bit frustrating but it is what it is.

“It felt good to be in third and I thought if I could just hold on to this, it’s a great result from 11th. Fifth is worse, but it could be worse.”

When pushed if he believed the tyres would’ve lasted, Hamilton responded to note “Ocon’s did” with the Alpine driver finishing 10th without pitting once all race.

“I didn’t know at that time but I could have probably assumed that I would lose [places],” Hamilton added.

“The guys were only 15 seconds behind and it’s a 24-second pit stop, so I knew I would lose perhaps one.”

It means the Dutchman has a six-point lead heading to the USA Grand Prix in two weeks’ time.