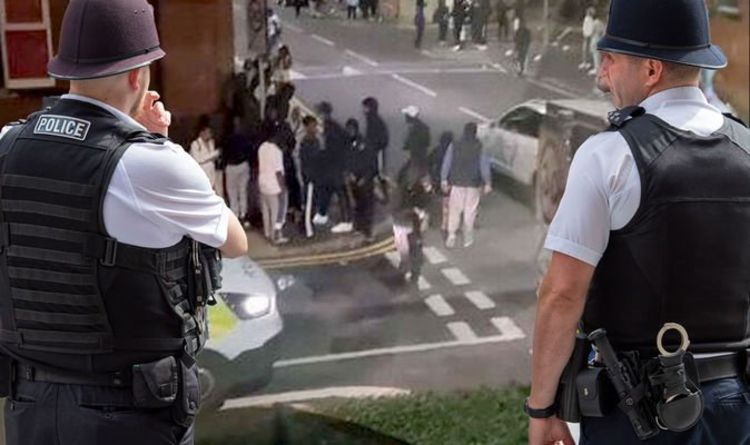 Officers from West Yorkshire Police were called to disorder at a house in a crime-blighted estate in Harehills, Leeds on Saturday night. The force confirmed that it was called to Darfield Avenue after receiving “a number of calls from residents reporting anti-social behaviour”.

Locals claimed that dozens of youths who were attending a house party had spilled out onto the street.

Police said the gathering was shut down by officers in an attempt to disperse the crowd, but trouble soon spread to other streets in the area.

One wrote on a community group: “It was a house party full of kids and it got shut down. Then they shot fireworks at police.”

User Reece Cartwright wrote: “Bonfire night would be bags of fun then wouldn’t it?

“Drugs are illegal but still get sold all over, making them illegal would probably just make it worse.”

West Yorkshire Police today confirmed that fireworks were set off in the street – but it did not say whether they were launched in the direction of officers.

A spokesman for the force said: “On Saturday night, police received a number of calls from residents reporting anti-social behaviour involving a large number of youths congregating around a party at an address in Darfield Avenue, Harehills.

“Officers attended and the address was closed down.

“There were further reports of anti-social behaviour in the surrounding streets, including fireworks being set off, and officers attended to disperse those involved.

“Officers from the local neighbourhood policing team will be increasing their patrols of the area to reassure residents and deter any further incidents.”