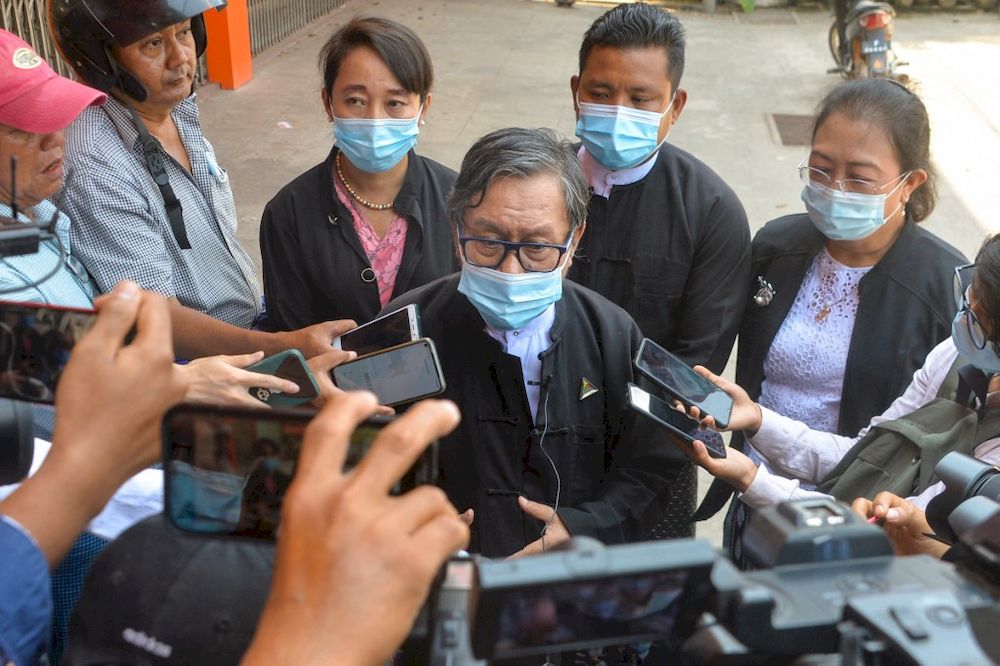 YANGON, Oct 15 ― The head lawyer representing Myanmar’s ousted leader Aung San Suu Kyi said today authorities in the military-ruled country had imposed a gag order on him because they said his communications could cause instability.

Myanmar’s state media has not reported developments in Suu Kyi’s multiple legal cases, filed after she was ousted in a February coup, and her lawyer, Khin Maung Zaw, has been the only source of public information on her trial and her wellbeing.

He said in a Facebook post he had been barred from speaking to media, diplomats, international organisations and foreign governments and later posted details of the order.

“Khin Maung Zaw’s communications may cause harassment, hurting a person who is acting in accordance with the law, may cause riots and destabilise the public peace,” the order said.

“Some local and foreign media outlets, illegal media outlets and the media are inciting fake information that could destabilise the country.”

A spokesman for the ruling military did not answer calls seeking comment.

Suu Kyi has been held in an undisclosed location since the February 1 coup with no means of communicating with the outside world other than through her lawyers, who she meets only in court.

She is charged with a litany of offences, including breaking coronavirus protocols, illegally importing and possessing two-way radios, incitement to cause public alarm and violating the Official Secrets Act.

In his most recent correspondence with media, Khin Maung Zaw on Tuesday provided by text message a summary of the testimony of Suu Kyi’s co-defendant, ousted President Win Myint, who told the court the military had told him to resign hours before the coup, warning he would otherwise be harmed. He said he refused.

The lawyer said Suu Kyi had asked him to make public Win Myint’s testimony, his first account on what took place before the coup.

Suu Kyi led a civilian government after her party swept a 2015 election called after the military stepped back from half a century of direct rule.

Junta spokesman Zaw Min Tun, in written remarks on Wednesday, said Suu Kyi’s case was being handled fairly by a judiciary that was independent.

The February coup ended a decade of tentative steps towards democracy and economic growth after decades of authoritarian rule and economic stagnation. ― Reuters