To provide our community with important public safety information, The Register-Guard is making this daily update related to the coronavirus free to read. To support important local journalism like this, please consider becoming a digital subscriber. 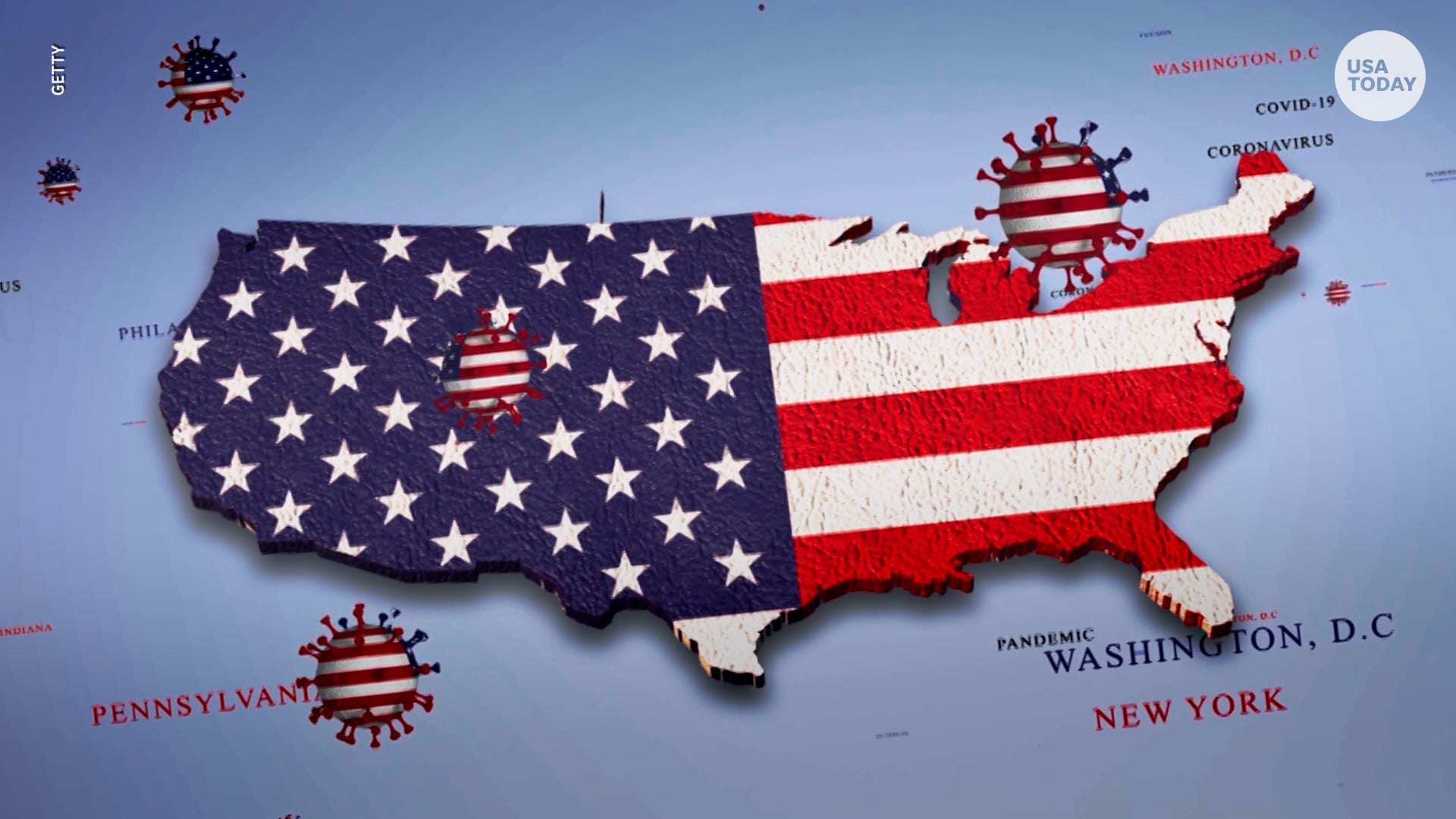 Experts say the coronavirus may never be eradicated, but humans may have to become more resistant to it, like influenza.

Lane County reported three deaths and 80 confirmed or presumptive cases of COVID-19 on Friday, raising the death toll to 293 and the countywide case count to 27,003.

There were 519 considered infectious, a 5% decline from Thursday’s 549.

Johnson & Johnson’s vaccine should be considered a two-dose vaccine rather than the one-and-done shot that had received initial authorization, a federal panel decided Friday.

The committee felt all 15 million Americans who got a single dose of the “one and done” J&J vaccine would be substantially better protected with a second one.

“Because the magnitude is lower than I think what would be desired – the estimates that have been seen with the mRNA vaccines – there is headroom to improve the efficacy,” said Dr. Penny Heaton, head of the vaccines global therapeutic area for Janssen Pharmaceuticals, a Johnson & Johnson company that developed the vaccine.

Adding a second dose 2 to 6 months after the initial J&J shot would provide the same effectiveness as the mRNA vaccines without their fading protection, Heaton told the committee Friday.

The committee convened Friday to discuss whether to support a second dose of Johnson & Johnson’s COVID-19 vaccine at least two months after their initial dose for everyone who received an initial shot of the vaccine.

The panel voted Thursday to support booster shots of the Moderna COVID-19 vaccine for people 65 and older, as well as younger adults with certain medical conditions or jobs that put them at increased risk for infection. The booster would be half the regular dose, given at least six months after the second shot.

Pfizer-BioNTech’s booster is currently authorized for the same most at-risk groups the panel recommended for Moderna.

Lane County reported two deaths and 95 confirmed or presumptive cases of COVID-19 on Thursday, raising the death toll to 290 and the countywide case count to 26,923.

There were 549 considered infectious, a 4% decline from Wednesday’s 576.

There were 62 hospitalized in Lane County on Thursday, a 29% increase over Tuesday’s 48, with 17 in intensive care and nine on ventilators, both unchanged from Tuesday.

Of the 62 Lane County COVID-19 patients hospitalized Thursday, 79%, or 49 of the 62, were unvaccinated, Lane County Public Health reported.

Active outbreaks at senior living communities in Oregon dropped 20% in a week’s time. The Oct. 3-9 COVID-19 Weekly Outbreak Report from the Oregon Health Authority shows that as of Sunday, there are 148 active COVID-19 outbreaks statewide in senior living communities and congregate living settings, with three or more confirmed cases or one or more COVID-19-related deaths. Two weeks ago, there were 186.

In Lane County, there are 18 active outbreaks, down six from two weeks ago.

PORTLAND — At least 610 Oregonians died from COVID-19 complications in September, marking the highest fatality count of any month of the pandemic.

The death tally increased Wednesday as the Oregon Health Authority announced 1,278 cases and 33 more fatalities connected to COVID-19, including 15 deaths in September, The Oregonian/OregonLive reported.

State data shows that pushed last month’s total beyond the prior record of 606 deaths set in December.

The highly transmissible delta variant drove a summer COVID-19 surge in people who were mostly unvaccinated. Oregon’s deadliest span from 2020 occurred before vaccines were widely available.

Deaths have slowed in October but remain on pace to be at least the sixth highest of the pandemic.

Since the pandemic began, Oregon has reported 346,480 confirmed or presumed infections and 4,117 deaths, among the lowest per capita numbers in the nation.

The death tally grew Wednesday as the Oregon Health Authority announced 1,278 cases and 33 new fatalities connected to COVID-19, including 15 deaths that occurred in September. That pushed last month’s total past the previous record of 606 deaths set in December, according to state data.

The announcement of large cash lotteries for people who received their COVID-19 vaccine did not lead to an uptick in vaccinations, according to a study published Friday in the Journal of the American Medical Association.

To boost vaccine uptake, 19 states announced large cash lotteries by July 1, according to the authors, who are economists at several U.S. universities. The authors found “no statistically significant association” between the announcements and the number of vaccinations before or after the announcement date.

“Lottery-style drawings may be less effective than incentives that pay with certainty,” the authors wrote. “Another possibility is that drawings were not an informative vaccine promotional strategy and that more complete messaging on vaccination would have been far more effective.”

A study in July reached a similar conclusion. That report by researchers at Boston University School of Medicine found Ohio’s lottery did not increase vaccination rates when compared with other states without lottery-based incentive systems. However, several independent analyses later found Ohio’s Vax-a-Million giveaway contributed to more people getting vaccinated in the state.

Also in the news:

►The U.S. will allow vaccinated foreign nationals to enter the country starting Nov. 8 under a new international travel system. Foreign national air travelers will need to be vaccinated and provide proof of vaccination to fly to the U.S. and ahead of boarding will need to show a pre-departure negative test within three days of travel.

►Pennsylvania on Friday became the seventh state to report 1.5 million coronavirus cases. The states with the most cases include California, with about 4.8 million; Texas, with almost 4.2 million; and Florida, with more than 3.6 million.

►British health officials said Friday an estimated 43,000 people in England may have received false-negative COVID-19 test results due to problems at a private laboratory.

►Italy’s strict vaccine requirements for all workers went into effect Friday. The rule requires all workers to show a health pass to get into their place of employment. Police were out in force as protests against the rule were expected and could turn violent.

►More than 100 workers at Los Alamos National Laboratory, the nuclear lab where the atomic bomb was created, are suing over a vaccine mandate that gives them until Friday to be vaccinated or fired.

►Finnish President Sauli Niinsto’s office says he is self-isolating as a precaution after he may have been exposed to coronavirus following a meeting with a Latvian colleague in Sweden.

►Anyone age 12 and older will have to provide either proof of COVID-19 vaccination or a recent negative test to attend large events in Washington state starting Nov. 15.

►Alaska state Sen. Lora Reinbold, who was banned from Alaska Airlines flights after allegedly refusing to comply with the airline’s policies on face masks, has tested positive for COVID-19.

📈 Today’s numbers: The U.S. has recorded more than 44.7 million confirmed COVID-19 cases and more than 721,500 deaths, according to Johns Hopkins University data. Global totals: More than 239.7 million cases and 4.8 million deaths. More than 188.2 million Americans — 56.7% of the population — are fully vaccinated, according to the CDC.

CDC data shows how much better the vaccinated are faring

Newly released Centers for Disease Control and Prevention data shows how vaccinated people across age groups and with all three vaccine brands used in the United States fared much better with COVID-19 infections and deaths than the unvaccinated.

The CDC says the data come from 16 governments representing about 30 percent of the population, from Florida to Wisconsin to Utah, as well as New York City.

These vaccinated travelers want to visit the US. They may not be allowed in.

When India was facing a massive COVID-19 surge earlier this year, Jayaram Tadimeti was happy to get vaccinated as soon as possible. Now, it’s a decision he partially regrets.

The 32-year-old got two doses of Covaxin, a COVID-19 vaccine popular in India, in May and June. He worries his vaccine choice will prevent him from visiting friends and family in the U.S. when the country starts allowing international visitors to enter next month. Only foreign nationals who have been fully vaccinated with a drug approved by the U.S. Food and Drug Administration or World Health Organization can enter the country. As of Thursday, that list does not include Covaxin.

U.S. officials’ decision to revamp the country’s entry requirements was welcome news for many travelers, but those who received vaccines that haven’t gotten the WHO’s stamp of approval are left wondering when they’ll get a chance to reconnect with loved ones in the states.

Tadimeti recently moved to Toronto and purchased plane tickets to attend a friend’s wedding in Texas over Thanksgiving weekend, but he’s not sure he’ll be able to attend. Read more here.

The Food and Drug Administration said Thursday it would convene a panel of outside experts next month to review the safety and efficacy data of Merck’s pill to treat COVID-19. While those panels have been standard for review of vaccine data, the FDA has not yet convened a similar panel for COVID-19 treatments.

“We believe that, in this instance, a public discussion of these data with the agency’s advisory committee will help ensure clear understanding of the scientific data and information that the FDA is evaluating,” said Dr. Patrizia Cavazzoni, director of FDA’s drug center.

Earlier this month, Merck said its trial data shows the experimental drug prevented half of severe coronavirus infections that would otherwise have sent people to the hospital.

‘Break up’ with J&J? Some are ready to try Pfizer or Moderna

As an FDA panel considers Johnson & Johnson booster shots Friday, a day after supporting lower-dose Moderna boosters, some recipients of the first J&J shot say they don’t necessarily want another dose of the company’s vaccine.

“I’m going to break up with J&J,” said Jill Oliver, 56, a resident of Boulder, Colorado. She was hesitant to get the company’s shot in March. Although she wanted to wait for a Moderna or Pfizer vaccine, she listened to public health leaders and got the first vaccine available to her.

“I thought I was doing the right thing,” Oliver said. “Now, I’m walking around with my mask on and not feeling protected when I’m the one who stepped up to the plate and did what I was told.”

Florida will challenge the Biden administration’s vaccine mandate in federal court, Gov. Ron DeSantis said Thursday, vowing that the pending requirement on businesses and hospitals “will go down.”

President Joe Biden’s mandate has yet to be released but is expected this month. It would apply to hospitals that treat Medicare and Medicaid patients and employers with 100 or more employees.

Some Florida hospitals already have COVID-19 vaccine requirements in anticipation of the coming federal rule.

“We are going to contest that immediately,” DeSantis said Thursday at a Florida Department of Health office, where he was linking his promotion of monoclonal antibody treatments to the recent drop of COVID hospitalizations statewide. “And I think that the mandate is going to lose in court. I also think that we have a responsibility at the state level to do whatever we need to do to protect Floridians from mandates that could result in them losing their jobs.”

DeSantis, who has been steadfast in his opposition to vaccine requirements, also cited unverified figures from the monoclonal treatment centers suggesting that large percentages of people seeking those treatments have already been vaccinated. The USA TODAY Network — Florida filed a public records request more than a week ago seeking those figures. The Florida Department of Health has not produced them.

A federal advisory committee unanimously supported booster shots of the Moderna COVID-19 vaccine for people 65 and older, as well as younger adults with certain medical conditions or jobs that put them at increased risk for infection. The booster would be half the regular dose, given at least six months after the second shot.

If the panel’s decision is verified by a second advisory group and by top officials at the Food and Drug Administration, Moderna’s booster will be the second one to receive emergency use authorization. The Pfizer-BioNTech extra shot was authorized late last month.