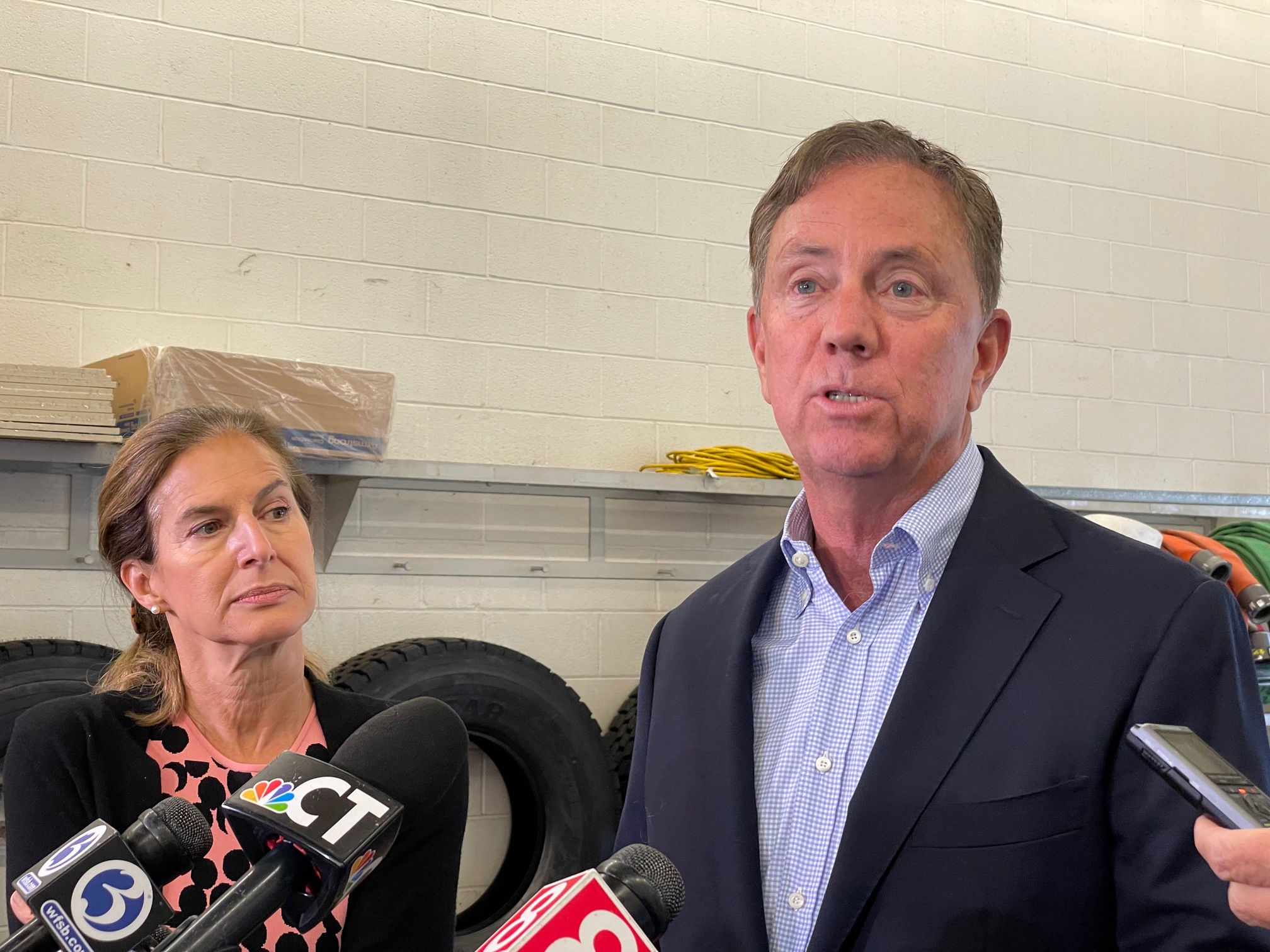 Gov. Ned Lamont said Tuesday the state has begun the process of suspending permanent state employees who have not complied with his COVID-19 vaccination-or-test mandate.

After dismissing 28 non-compliant probationary employees on Friday, Lamont said the administration’s attention was turning this week to permanent state employees who did not get vaccinated or begin weekly testing.

“The good news is many, many, many more are coming in, showing their vaccination or testing protocol,” Lamont said. “And so it’s going to be not that many, at the end of the day, that are non-compliant. We’re giving them one more chance today.”

Workers still in their six-month probationary period who refused to get vaccinated or tested were fired. Permanent employees will be suspended without pay for 45 days then face the loss of their jobs. Some employees were told Tuesday of their suspension.

Lamont said health care workers who refuse vaccinations face suspension, even in settings that are short-staffed, such as Whiting Forensic Hospital.

“I can tell you that we’re looking very carefully at getting some additional support in there very quickly,” Lamont said. “But it’s really important if you’re working there with those folks, you’ve got to be vaccinated. That’s the CDC guidance, and that’s our rule as well.”

The governor had no updated data on compliance or details on where the first suspensions will come. HIs staff said they expect an update Wednesday.

At the end of business on Thursday, all but 671 of the 32,000 employees subject to Lamont’s vaccination order had been vaccinated or tested, a compliance rate of 97.8%.

Lamont estimated the compliance rate now was about 99%, but that could fluctuate in coming weeks: Last week’s data showed that 19% of employees had opted for testing, meaning they will be required to show proof of current testing every week; 79% had shown proof of vaccination.

Proof of testing must come from a state-licensed clinical laboratory, pharmacy-based testing provider or other approved health care provider. Employees may use vacation, sick leave, comp time and personal leave to get tested. Home tests are not acceptable.