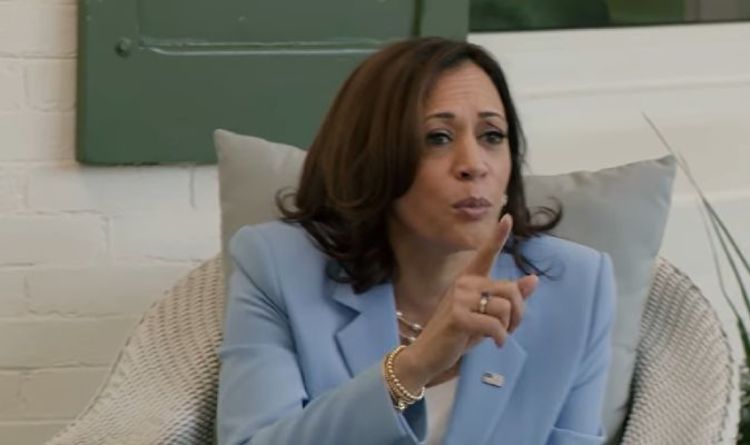 Kamala Harris has been roasted on social media after the Vice President appeared on a children’s science video with NASA. Ms Harris was filmed meeting with the kids in Washington DC to discuss space travel for World Space Week. However, the Vice President’s enthusiasm for the“craters on the moon” was not shared by many US conservative commentators who ridiculed Ms Harris online.

Ms Harris advised the children: “You know, one of the most important pieces of advice that I can offer you guys, and I want you to really remember this: Never let anybody tell you who you are, you tell them who you are.

“Never let anybody suggest to you that you are what they think you should be, you tell them who you are and who you know you are, and what you intend to be. Got that?”

The Vice President went on to describe at length her passion for space and “exploring the unknown.”

“You’re gonna literally see the craters on the moon with your own eyes!” Harris tells the kids.

“With your own eyes! I’m telling you, it is gonna be unbelievable.”

At the Observatory, Ms Harris declares: “Wait until you guys see the moon. I’m telling you. I just, I don’t know what it is about those craters on the moon.

“Have big dreams!” she added.

Ms Harris’s performance drew a lot of flack on social media with conservative commentators roundly slamming the appearance as “cringe.”

Other pundits also took to social media to mock the Vice President over the video.

While American political columnist Benny Johnson asked: “Have you ever seen someone as fake as Kamala is?”