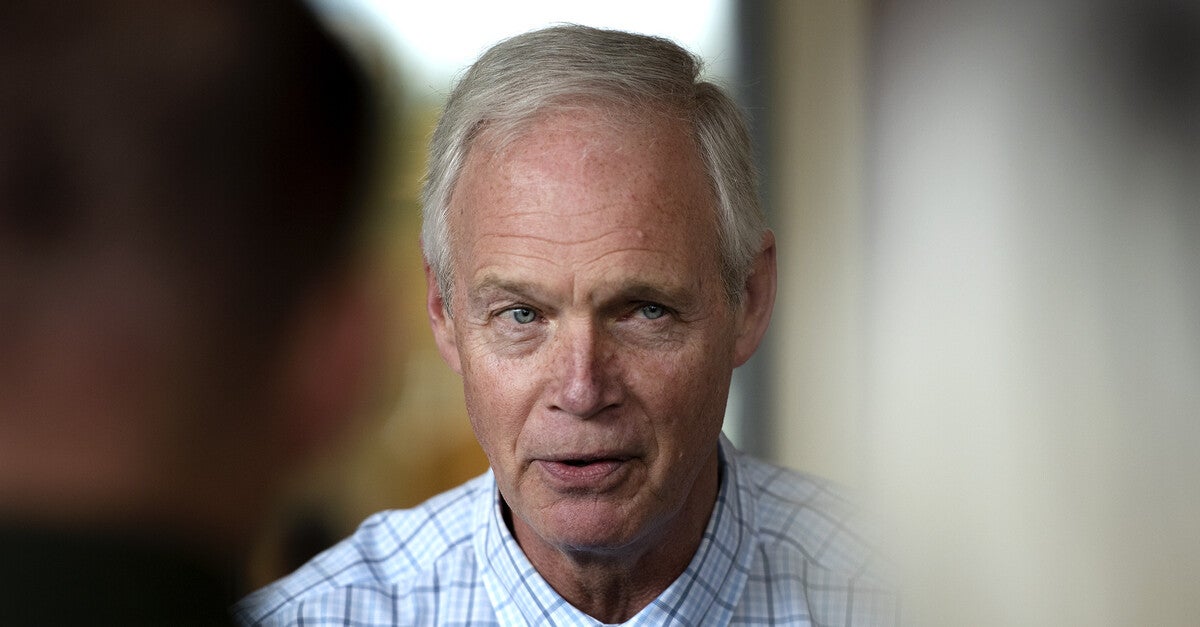 U.S. Sen Ron Johnson told those who gathered for a town hall meeting in northern Wisconsin Friday that vaccines against COVID-19 “are not as safe … and effective as we all hoped and prayed they would be,” and said overwhelmed hospitals weren’t a sign of a health crisis.

The comments come two weeks after Wisconsin surpassed 8,000 deaths from the pandemic disease and just days after the U.S. Department of Health and Human Services released a report suggesting the use of vaccines prevented 700 deaths in Wisconsin in the first five months of 2021 alone.

Johnson, who had an asymptomatic case of COVID-19 in 2020, said he hasn’t received the vaccine. He has spent months amplifying conspiracy theories and calling attention to rare cases of adverse reactions to it, as well as blasting medical authorities who say there’s no scientific evidence supporting the use of the drug Ivermectin as a prophylactic or early treatment for the disease.

Johnson’s town hall Friday afternoon in far northern Boulder Junction included brief discussions of immigration, gerrymandering and climate change. But Johnson spent by far the most time at and after the event expressing his skepticism of the vaccine and his strong opposition to employer and government policies mandating it. He dismissed accusations that his actions are undermining public confidence in the vaccine.

“‘Anti-vax’ is now a pejorative,” Johnson said in a brief exchange with reporters after the town hall. “It’s hurled at people falsely all the time. It’s like the worst thing you could possibly be. I’ve had every vaccine (except COVID-19).”

But Johnson in the town hall made numerous false or misleading claims about the drug, including implying that a federal database that records all health events experienced by the hundreds of millions of people who have been vaccinated shows that thousands died as a direct result of the vaccine.

In fact, a new analysis by the Rural Policy Research Institute found death rates from COVID-19 in rural counties are now roughly double the rates in urban areas due to lagging vaccination rates in rural America.

The room of around 150 people was overwhelmingly supportive of the senator, offering applause breaks and questions that teed up favorite topics. The northern region of Wisconsin voted overwhelmingly for former Republican President Donald Trump in 2020, and he won Vilas County by a 60-38 margin.

As Wisconsin experienced a spike in new infections in August and September, some hospital systems were overwhelmed by COVID-19 patients. As recently as this week, central Wisconsin’s Marshfield Clinic was full to capacity.

Johnson said that is normal.

“A bad flu season will put stress, sometimes overwhelm hospitals for certain regions. That happens all the time,” he said. “Just because it happens with COVID doesn’t mean there’s some massive crisis in terms of our health care system.”

Two questioners during the town hall said they had children who were facing being fired due to employers’ vaccine mandates. That included one who said his son was a military physician being “threatened with dishonorable discharge (and) pulling his medical license” because he is declining to give or receive COVID-19 vaccines. On Thursday, the website Military.com reported that 92 percent of active service members had received at least one dose of the vaccine.

“They are threatening to ruin him if he does not comply,” the questioner said. “Yes or no, will you help him if they do that?”