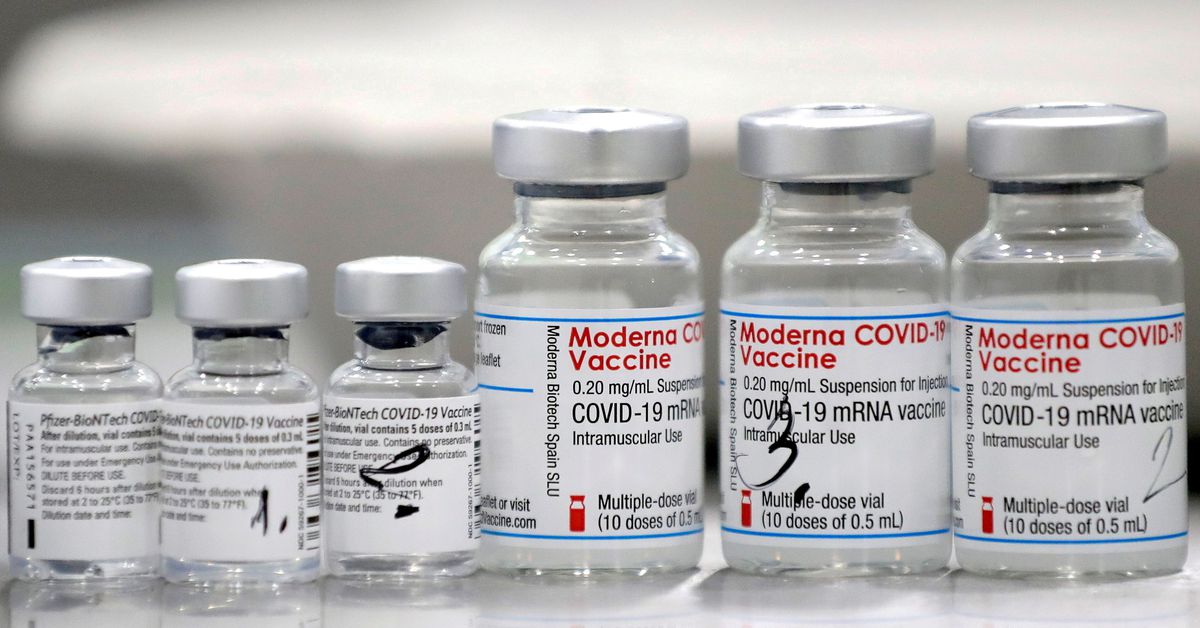 Oct 13 (Reuters) – People who got Johnson & Johnson Inc’s (JNJ.N) COVID-19 vaccine as a first shot had a stronger immune response when boosted with vaccines from Pfizer Inc (PFE.N)/BioNTech SE or Moderna Inc (MRNA.O), a study run by the National Institutes of Health showed on Wednesday.

The study, which is preliminary and hasn’t been peer reviewed, is the latest challenge to J&J’s efforts to use its COVID-19 vaccine as a booster in the United States.

The study, which included more than 450 adults who received initial shots from Pfizer, Moderna, or Johnson & Johnson, showed that “mixing and matching” booster shots of different types is safe in adults. Moderna’s and Pfizer’s vaccines are based on messenger RNA while J&J’s uses viral vector technology.

It comes as an advisory group to the U.S. Food and Drug Administration is preparing to meet later this week to discuss the merits of a booster shot for Moderna and J&J vaccines.

FDA officials on Wednesday said J&J’s regulatory submission for its planned booster raised red flags including small sample sizes and data based on tests that had not been validated.

U.S. health officials have been under pressure to offer advice on booster doses of the J&J and Moderna COVID-19 vaccines after the White House announced in August it planned to roll out boosters beginning last month for most adults.

The NIH study contrasted the safety and immune response of volunteers who were boosted with the same type of shot they had been given for their initial vaccination with those who received a different type of shot as a booster.

Mixing and matching doses for a booster produced similar side effects to those seen in primary inoculations and raised no significant safety concerns, the study said.

The study of the three COVID-19 vaccines currently authorized in the United States showed that using different types of shots as boosters generally appeared to produce a comparable or higher antibody response than using the same type.

The trial took place in 10 U.S. cities and used a total of nine combinations of initial shots and boosters.

Mixing booster doses “may offer immunological advantages to optimize the breadth and longevity of protection achieved with currently available vaccines,” researchers wrote in the study.