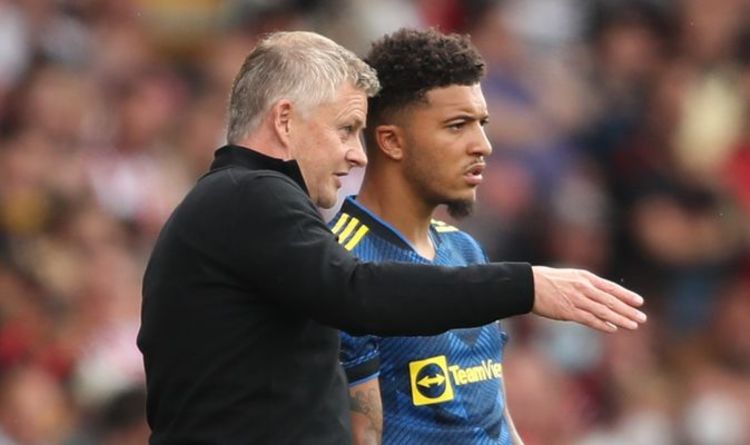 The 23-year-old, who is quickly becoming a national treasure due to his work in communities and politics off of the pitch, scored 11 times and assisted nine in the 2020/21 campaign.

We may be able to see who Solskjaer prefers on the left-wing sooner rather than later as Rashford hinted to the United club website that his return was on the horizon. Asked about his shoulder, he said: “It’s good now, I’m pretty much at the end now,

“I feel ready to be back on the pitch. So yes, I‘m just looking forward to the next slot of games – it’s a busy schedule.”

Sancho arrived at the Theatre of Dreams as a right-winger so it would be no surprise to see him play in a front three with Rashford and Ronaldo, but it seems unlikely that the manager will want to drop Greenwood from his starting eleven based on how he has begun the season.