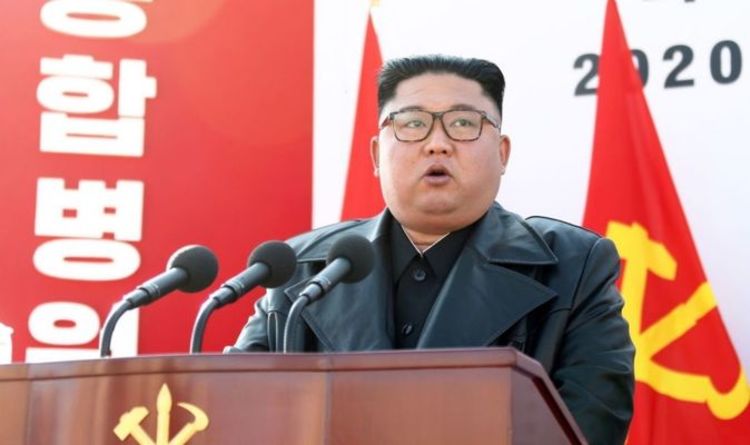 North Korea’s leader Kim Jong-un is determined to build an “invincible military” as he claims the United States is pursuing hostile foreign policies against his country. North Korea recently claims to have tested new hypersonic and anti-aircraft missiles. But just how dangerous is North Korea’s military arsenal? Does Kim Jong-un have nuclear weapons?

In a state media report, Mr Kim said he would build an “invincible military” in response to “hostile” US foreign policy against North Korea.

In a defence exhibition, Mr Kim insisted he wasn’t trying to start a war but that his country’s weapons development was for self-defence.

Mr Kim set out his commitment to building up North Korea’s military in a speech at the “Self-Defence 2021 exhibition in Pyongyang.

He said: “We are not discussing war with anyone, but rather to prevent war itself and to literally increase war deterrence for the protection of national sovereignty.”

Does North Korea have nuclear weapons?

Despite being banned from testing ballistic missiles and nuclear weapons by the UN, the country continues to develop its nuclear programme.

In September, the UN atomic agency said Kim Jong-un appears to have restarted a reactor that could produce plutonium for nuclear weapons.

The UN atomic agency describes this as a “deeply troubling” development.

In July 2021 the US Army said North Korea may have between 20 to 60 nuclear bombs according to the Wall Street Journal.

They added the country might have the capability to produce six new bombs each year.

But there are doubts whether North Korea has developed the technology to be able to launch its weapons to be able to hit targets such as the US.

North Korea unveiled a new ballistic missile in October 2020, although this hasn’t been tested, the BBC say it’s thought the weaponry could hit targets in the US if used.

In January this year, they unveiled a new missile submarines-launched ballistic missile.

North Korea claims this is the “world’s most powerful weapon,” but just like its 2020 counterpart it doesn’t seem to have been tested yet.

In March 2020 North Korea tested what it calls a “new-type tactical guided projectile”, which it claims could, in theory, carry a nuclear warhead.

North Korean state media claims it could travel up to 1,500km (930 miles), which would put Japan within range.

The former US Defense Secretary Mark Esper said in October North Korea’s nuclear programs remains “a serious threat to the security and stability of the region and the world.”