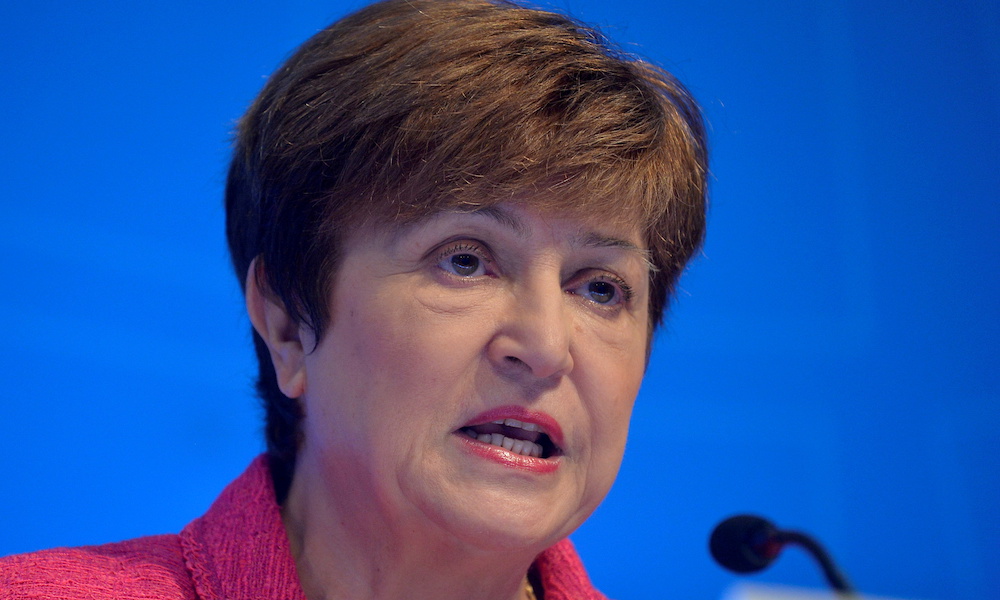 IMF chief Kristalina Georgieva survived the threat to her leadership, but former US Treasury officials and other experts have warned that the scandal has dented the research reputation of both the IMF and the World Bank. — Reuters pic

WASHINGTON, Oct 13 — IMF chief Kristalina Georgieva is fully focused on global challenges, she said yesterday, after the fund’s executive board cleared her of claims that she pressured World Bank staff to alter data to favour China in her previous job.

“We have difficult problems to wrestle with and we need the strong standing of the institution to serve the membership,” Georgieva, a Bulgarian economist, told Reuters in an interview.

Georgieva, the first person from a developing country to head the International Monetary Fund, survived the threat to her leadership, but former US Treasury officials and other experts have warned that the scandal has dented the research reputation of both the IMF and the World Bank.

At issue was a damning assessment prepared by the law firm WilmerHale for the World Bank’s board about data irregularities discovered in a 2017 World Bank report. The WilmerHale report alleged that Georgieva and other senior officials applied “undue pressure” on bank staff to make changes to boost China’s ranking. Georgieva has vehemently denied the accusations.

Some Republican lawmakers in the US Congress said more investigation was needed.

“It is outrageous that the Treasury Department gave into pressure from other countries to bury the findings of the WilmerHale report, rather than fully investigate them and hold Ms. Georgieva accountable,” said Representative Andy Barr, vowing to continue investigating “any undue Chinese influence.”

Asked whether the saga had harmed the IMF, Georgieva emphasied that the data issues related to the World Bank ‘Doing Business’ reports and not to the IMF. She said she had “absolutely full confidence” in the integrity of the IMF’s data and research.

She said the response to the Fund’s World Economic Outlook yesterday and her engagements with civil society organisations and government officials reflected a continuing “strong, built-over-decades foundation of trust” in the IMF.

The IMF has robust controls on all data and a strong internal system aimed at safeguarding whistleblowers, said Georgieva, adding that she said she would work with staff to strengthen the Fund’s credibility and ensure ample space for any dissent.

Georgieva said she plans to meet with IMF staff on Monday, after the first week of the IMF and World Bank annual meetings, and focus squarely on the economic challenges facing the global economy. “I’m looking forward,” she said.

Georgieva has strongly denied the claims made in the WilmerHale report, which centreed on her actions at the World Bank in 2017, about two years before she took over the top job at the IMF.

She and her attorney have blasted the law firm for making critical errors in its report and for misleading her by saying she was not a subject of the investigation.

Georgieva said she welcomed the board’s “thorough and impartial” review — including two sets of meetings with her and the law firm’s attorneys — because it gave her a chance to fully rebut the claims. ­— Reuters