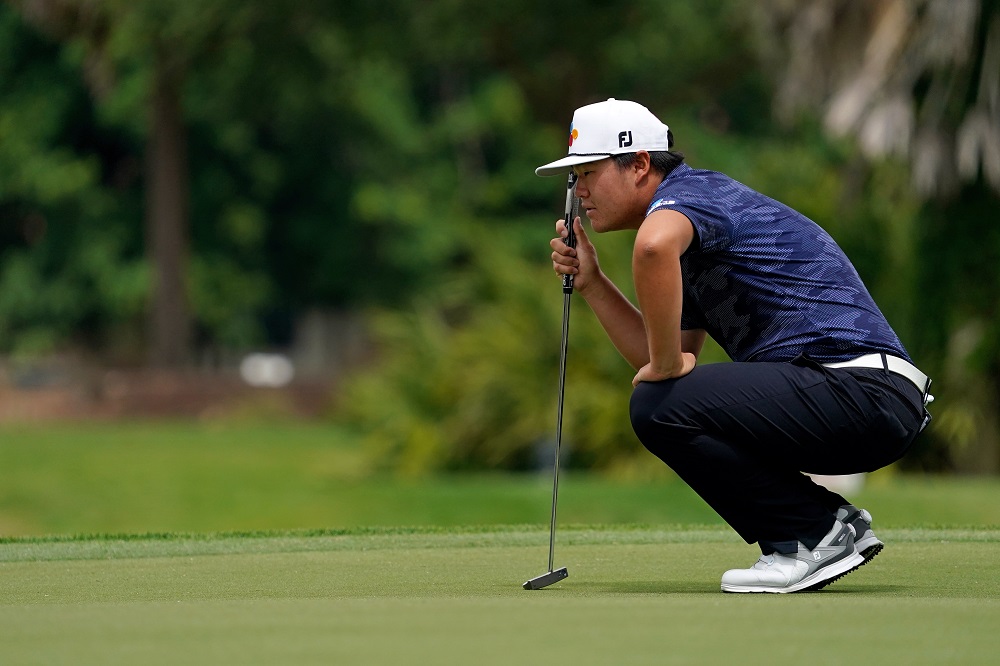 Im said a big difference between his nine-under round and Saturday’s one-under 70 was a lack of wind. — Reuters pic

Im’s impeccable day included a 30-foot birdie to open his round and five birdies in a row from the ninth through the 13th as he built a 24-under-par total of 260 in Las Vegas.

That was plenty for a player who started the day three shots off the pace and finished with his second US tour title, four strokes in front of American Matthew Wolff.

He sneaked past a group that shared third on 19-under: Australian Marc Leishman, Slovakian Rory Sabbatini and American Adam Schenk.

Leishman climbed the leaderboard with an eight-under 63 that featured nine birdies and one bogey. Sabbatini fired a 64 and overnight leader Schenk settled for a 70.

“It was very tough to get my first win but I felt like the second one was harder and harder,” the 23-year-old said. “But I kept my patience. I tried to stay composed throughout the period and I’m glad it came.”

Playing partner Chad Ramey had a close-up view of Im’s impressive round.

“He hit it well and his putter got hot,” Ramey said. “It was fun to watch.”

Im said a big difference between his nine-under round and Saturday’s one-under 70 was a lack of wind.

“Today there was no wind compared to round three, and that made it easier,” he said.

“But, again, tee to green, driver, irons, putting game, it worked as I wanted to and it gave me a good result.”

The victory comes with a new caddie on Im’s bag this week, and not long after his purchase of a house in the United States, in Atlanta, Georgia.

Im had been without a US base in his first few years on the tour.

“Obviously hotel to hotel was not easy but having somewhere to settle down, to have my house and Atlanta is great to commute, huge airport, a lot of flights to everywhere, so it all came together very well,” he said. — AFP