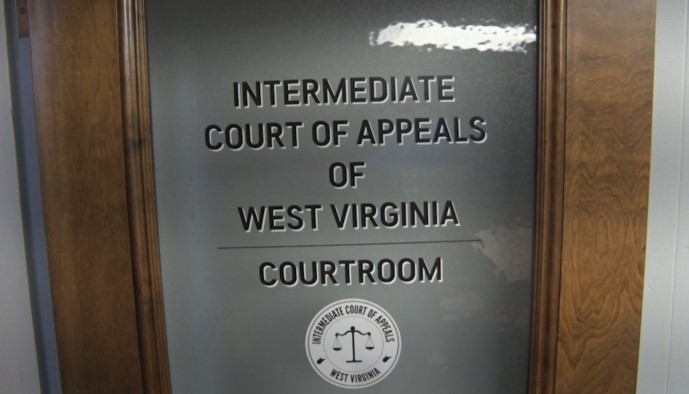 CHARLESTON, W.Va. — West Virginia’s Intermediate Court of Appeals faces a decision which has the potential to jam up the state’s workers’ compensation system with Covid 19 claims.

The ICA heard two appeals Tuesday on oral argument in which the complainant sought workers’ comp for Covid 19. Each claimed the virus was contracted on the job.

In one case, the workers’ comp Board of Review awarded compensation in the other, the compensation was denied. But in the two cases the arguments were nearly identical.

Brittany Foster contracted covid while working for PrimeCare Medical of West Virginia as an LPN inside the Southern Regional Jail in Raleigh County. The Board of Review sided with her claims and awarded her benefits. But PrimeCare’s attorney Mark Simonton argued Tuesday there was no way to accurately determine she got the exposure which led to the positive case on the job.

“You can get Covid 19 from literally being exposed to anyone. If you pass by someone and inhale particulates from their breath, you could have gotten it from that. That’s what makes this such a unique disease that disqualifies under the compensability statute,” Simonton said.

The second case involved Monroe County resident Vaughn Hutchinson. He claimed he contracted Covid by having to be in close quarters with co-workers without his workplace following any protocols and directives to stop the spread of the virus.

“There’s a direct connection that he developed Covid at work based on the admission of the employer. Also notices of the federal government and our state government that you could contract this at work,” said Hutchinson’s Attorney Pat Maroney.

Maroney claimed there was evidence submitted which showed Hutchinson, who worked as a builder for Raytheon Corporation, was exposed during at work where few recommended precautions were taken. The complainant also admitted he attended church services regularly during the pandemic. Attorneys for the company stressed those worship services could have been a potential exposure point, despite social distancing and protocols being followed. It was also claimed Hutchinson’s school age son, who split time with his mother, could have picked up an exposure as well.

Hutchinson’s case for compensation was denied by the review board. Attorney James Heslep said those were the reasons.

“His testimony made clear he had exposure to other individuals as well. He was attending church three times a month at a congregation of 200 people and was doing the bare minimum contacts to maintain his own household.” Heslep said.

So the similar cases had separate outcomes before the Board of Review. Attorneys for both companies warned of grave consequences if Covid was deemed a compensable disease.

“I would ask the court to consider if you find Covid 19 is a compensable disease under the statute, how far do you take it? I think it opens the door for a very slippery slope that is very inconsistent with the statues,” said Simonton.

“If this case, on theses facts, is sufficient to establish a compensable case of Covid 19, there very well could be hundreds of thousands of compensable cases of Covid 19 that I think simply fall outside the statutory definition of an occupational disease,” said Heslep.

The ICA judges will issue written opinions in the months ahead.